VIDEO: Is Disney California Adventure Testing 'World of Color'? - Inside the Magic 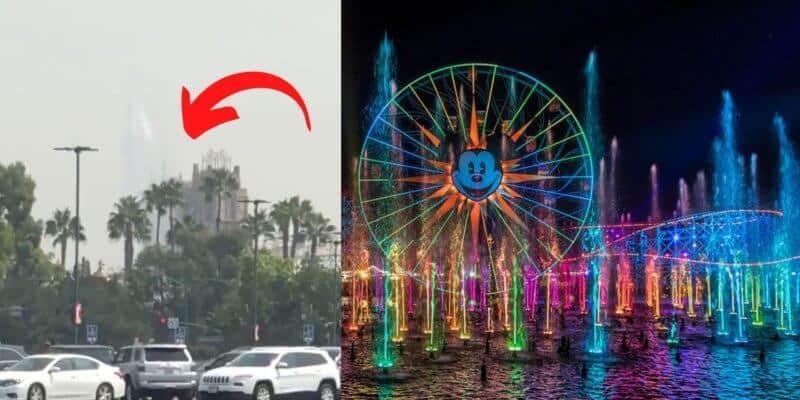 Lately, it seems like the Disneyland Resort has been ramping up and getting ready to re-open the parks. Having both Disneyland and Disney California Adventure shut down for over 6 months has had Guests itching to re-visit the magic. Due to the pandemic, both Disney theme parks had to shut down in March with only Downtown Disney opening back up.

However, there is hope that Disneyland will be re-opening soon. We just heard Gov. Newsom mention that announcements were going to be made soon regarding the status of Disney parks in California, but there is still no concrete information.

Some fun, and possible good news however is that there was video footage taken of what looks like a test for the nighttime show at Disney California Adventure — World of Color!

World of Color is the nighttime water and lighting show at Disney California Adventure set to a soundtrack that makes me want to shed a tear every time I see the presentation. So could it be coming back when the Disneyland Resort reopens? Maybe. But we do not know for sure.

The video above is promising and exciting to see, but when we read the Twitter chain, some Guests made good points as to why this may not be World of Color in testing.

“Does it go that high?” -@Mandydee

Questions on whether or not this could indeed be World Of Color have been swirling as fans question the height of the show. However, others quickly joined in to reaffirm those doubts saying:

For those wondering if world of color goes that high? Yes it does. The fountains in “World of Color” can send water to heights ranging from 30 feet to 200 feet. 🙂 definitely a good sign, and not likely a break. -@BrianSm40513781

So it looks like this can be World Of Color even due to the large heights of water we are seeing in this video footage. Plus, @anyfreshtry also added:

If you look at Mattercam around 11:30, you can see several different fountains being tested. Also the Ferris Wheel is in motion and the doors are being closed.

Disneyland may also be testing the shows fountains for maintenance, and it may not mean the show will be opening with the parks reopening, whenever that may be. If we look to Walt Disney World, we know that no nighttime shows reopened with the parks in Orlando, so we expect the same for when the parks reopen in California, too. 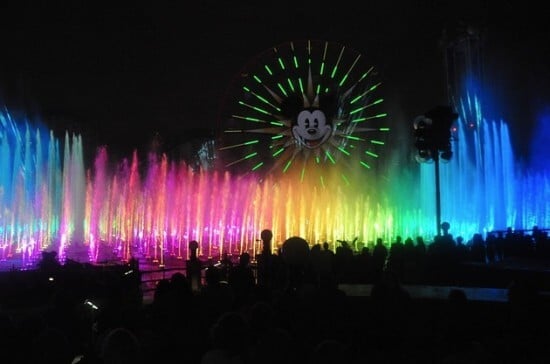 Other reasons to hope Disneyland is opening soon

Aside from the California Governor hinting that the parks will be opening very soon, we know from Disney Parks Chairman Josh D’Amaro that Disneyland Resort is ready to reopen. There have been attractions spotted running, maintenance being done, and cast members spotted at the entrance of Disney California Adventure.

So for now it’s a waiting game, but stay tuned to ITM to see all updates on the reopening of Disneyland.

Do you think World of Color is testing in the park? Let us know!

Comments Off on VIDEO: Is Disney California Adventure Testing ‘World of Color’?