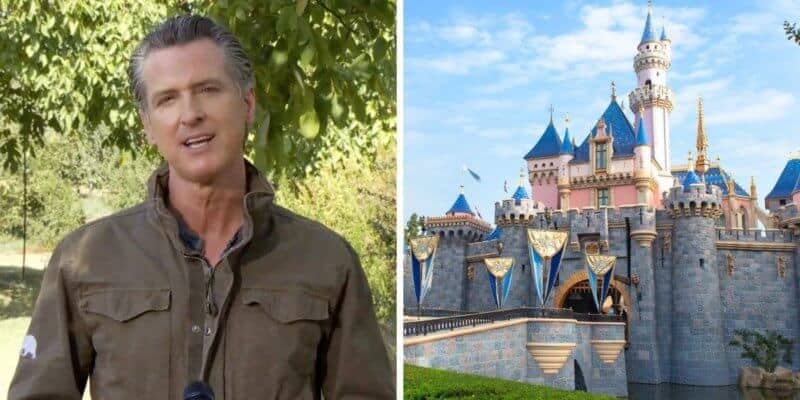 Today we got a bit more information on the reasoning behind the state holding off on reopening theme parks like Disneyland and Disney California Adventure.

Here’s a breakdown of what we learned:

After California Governor Gavin Newsom‘s live update on climate change, he was asked a question about his reaction to Disney Chairman Bob Iger leaving the California Economic Recovery Task Force. Newsom’s response shed some light on the state’s reasoning behind holding off on reopening theme parks like Disneyland Resort:

“I had a very wonderful conversation with Bob, who has been very active and participatory in our task force. I’m incredibly grateful for his support, his insight, his council — over the period of the last number of months. And it didn’t come to me as a surprise at all. There’s disagreements in terms of opening a major theme park. We’re going to let science and data make that determination.

I understand the dialectic, the friction, the frustration that many business leaders have that they want to move forward sectorally to reopen. But we’re going to be led by a health-first framework and we’re going to be stubborn about it. And that’s our commitment, that’s our resolve. And while we feel there’s no hurry putting out guidelines, we’re continuing to work with the industry, amusement parks.

And by the way, amusement parks aren’t just Disney. You’ve got all kinds of amusement parks, including smaller parks that are out there on the piers like down in Santa Cruz, and others that may be impacted. And so we’re trying to work through all of those things. It’s very complex — these are like small cities, small communities, small towns. But we don’t anticipate in the immediate term any of these larger theme parks opening until we see more stability in terms of the data.”

The entire update from Newsom can be viewed below:

The above statement may seem like bad news for many who are hoping for a 2020 reopening date for Disneyland and Disney California Adventure. But we aren’t giving up just yet. After seeing that an area of DCA reopened this week (for shopping exclusively) we have some optimism that perhaps more good things will be coming soon for fans of the southern California Disney Parks, even if we won’t be able to ride you favorite attractions for a while.

Still, the release of specific California theme park reopening guidelines has been paused after Disney and Universal didn’t agree with the state. So we continue to wait for more news to provide us with some hope for a reopening date.

We’ll continue to update Inside the Magic as more information regarding the reopening of California theme parks becomes available.