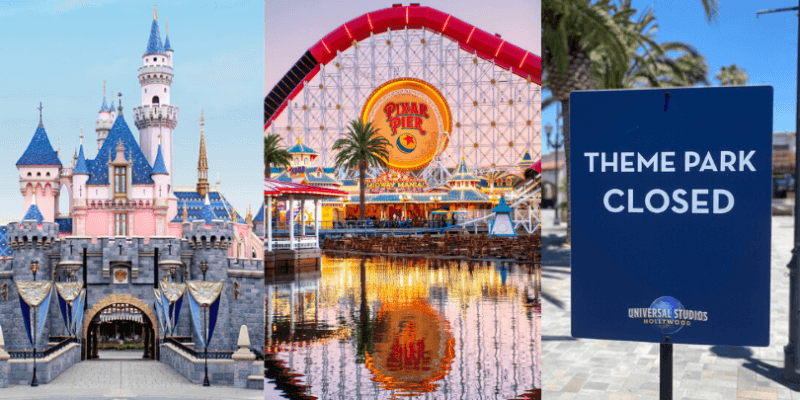 The state of California is in the process of developing guidelines for reopening theme parks ahead of the reopening of Disneyland Resort in Anaheim and Universal Studios Hollywood in Los Angeles.

OC Register reports that California state officials plan to issue COVID-19 guidelines and modifications for Disneyland, Universal Studios Hollywood and other theme parks, both of which plan to reopen this summer.

At the time of this article’s publication, Disneyland Resort, for example, has submitted plans to begin a phased reopening on July 9, although the reopening plans for Disneyland and Disney California Adventure are still awaiting approval. Universal Studios Hollywood, for example, aims to reopen on July 1, and CityWalk reopened on June 10.

“Theme parks are slated to open in Stage 3 if the rate of spread of COVID-19 and hospitalizations remain stable,” state officials stated. “The California Department of Public Health will issue detailed guidance with suggested modifications for how to minimize the risk of COVID-19 spread when theme parks reopen.”

“California Attractions and Parks Association has been in frequent contact with the administration on behalf of the state’s theme, amusement and water parks and attractions since Gov. Newsom first announced the stay at home order,” said Erin Guerrero, executive directly of the California Attractions and Parks Association. Sacramento-based CAPA represents Disneyland Resort and Universal Studios Hollywood, among other theme parks and amusement parks in the state. CAPA has been working closely with Governor Gavin Newsom’s administration on reopening plans for California theme parks, OC Register reports.

Guerrero continued, “We will continue to work closely with the administration as our amusement parks and attractions move closer to reopening in a thoughtful and safe manner consistent with federal, state and local guidance.”

The CAPA executive also shared that the association is eager to open the theme parks more fully in the next stage of California’s reopening, even though some aspects can reopen in the current stage. Her statement regarding health and safety remains consistent with the protocols taking place at the currently open Universal CityWalk Hollywood (which reopened last week) as well as what’s been happening at Universal Orlando Resort and what’s planned for Walt Disney World Resort.

“While some aspects of our amusement parks and attractions fit in Stage 2, we are eager to open more fully in Stage 3 with enhanced health and safety protocols, capacity adjustments, and modifications to support physical distancing,” Guerrero said. “We’re looking forward to helping people get back to work and to providing a safe entertainment experience for our guests as we keep the health and safety of our employees and visitors our top priority.”