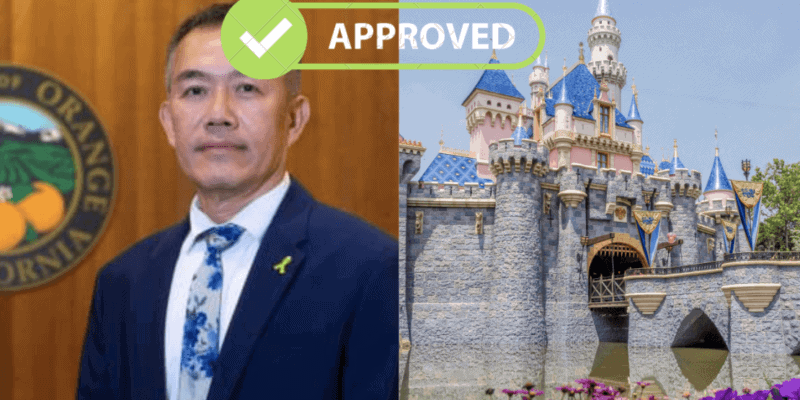 While we have all been waiting for the news of Disneyland Resort to reopen after being closed for 7 months due to the pandemic, a lot of tension has been building behind the scenes. If you have been tracking Inside the Magic’s reporting on the potential reopening of Disneyland, you have likely read that the biggest roadblock is Governor Newsom not providing reopening guidelines for California theme parks.

But now, there is a new development for Disneyland and Disney California Adventure reopening protocol. Keep reading for more information on the new health and safety recommendations that Disneyland Resort has implemented, thanks to local officials.

Just about a week ago, we thought the reopening guidelines for Disneyland and Disney California Adventure were about to be released, as Newsom reported that they would be. After the California Attractions and Parks Association (which represents Disneyland, Universal, and many more CA theme parks) did not fully agree with the guidelines, Newsom delayed their release and it has been back to the drawing board. But since then, we have heard nothing in terms of when to expect these re-opening guidelines.

“When the Newsom Administration agreed not to finalize draft guidance that was floated last week, the governor’s staff committed to work with the theme park industry,” wrote Guerrero. “We hoped their commitment to working with us was genuine, that we’d finally work diligently and collaboratively on guidance to allow amusement parks to responsibly reopen within a reasonable timeframe. We agree that science and data should guide safety decisions, but keeping amusement parks closed indefinitely when there are no known outbreaks being traced back to reopened amusement parks worldwide is unreasonable.”

The past tense Guerrero uses for “hoped” leads us to believe that further steps have not been taken to create these guidelines with the assistance of the CAPA. Newsom has also stated that he is in “no hurry” to reopen the theme parks, with his main argument being that he is taking a “health-first” approach.

The Orange County Health Agency however has been working with Disneyland Resort since March. They were instrumental in reopening Downtown Disney safely and have agreed that Disneyland should reopen as soon as the county is moved into the “Moderate” COVID-19 “Orange tier.” But currently, Newsom has decided to leave Orange County in the “Red tier.”

Today, the OC Register reported that the OC Health Agency took a tour of Disneyland to inspect its health and safety protocols to see if it was fit to open in a pandemic. There were recommendations made by Orange County Health Care Agency Director Clayton Chau and the agency’s Communicable Disease Control Division Medical Director Matthew Zahn after a tour last week of Disneyland and Disney California Adventure, during which they observed the safety measures implemented by the parks.

Now, we know Disney has seemingly adopted these reopening recommendations with open arms:

Orange County Health Care Agency officials have taken the time to visit Disneyland, Disney California Adventure and Downtown Disney to see and learn first-hand about the extensive health and safety protocols that have been implemented, according to Disney officials.

Disney officials said they appreciate the visits by local health officials and look forward to continuing to work closely with them.

Disneyland plans to install thousands of coronavirus health and safety measures to prepare for the eventual reopening of the Anaheim theme park resort once California issues guidelines for the state’s major tourist destinations to return to full operation.

With Orange Country Health officials recommendations and blessings, many believe that Disneyland Resort is equipped to have a safe reopening in lieu of the circumstances. It will be interesting to see if these added measures and approval push Governor Newsom to speed up his reopening process and work with CAPA to establish the necessary guidelines.

The implications of the continued closure of Disneyland are only growing stronger for locals and businesses in the surrounding area. California businesses are begging for the Disneyland Resort to reopen as the drop in tourism and activity in the Anaheim area are at an all-time low, and Josh D’Amaro (Disney Parks Chairman) placed blame on Newsom for the massive 28,000 layoffs issued by the company.

Stay tuned to ITM as we continue to monitor this story closely.

Do you think Disneyland can reopen safely? Let us know!