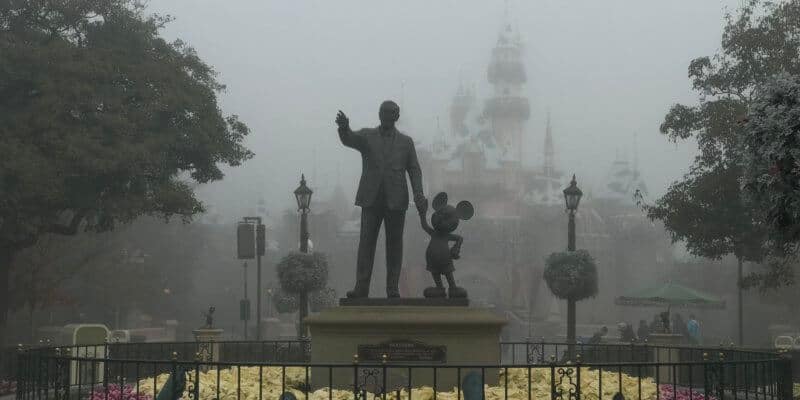 If you have been following Inside The Magic’s reporting on the many phases Disneyland Resort is going though, you know a lot has happened.

Disneyland Resort, including Disneyland and Disney California Adventure theme parks, were slated to reopen back in July, but could not due to the unsafe conditions of the pandemic. Since then Disneyland Resort has been preparing for it’s safe reopening with sanitizer stands, social distancing signage, and attempts from the Disneyland Resort President himself to brainstorm for Governor Newsom on reopening guidelines.

Still, Newsom would not indicate what would need to happen to begin discussing a reopening. Earlier this week we discovered Disney had to lay off almost 30,000 Cast Members. With at least 3,500 of the unionized Cast Members so far losing their jobs at Disneyland, and likely many more non-union, Parks Chairman Josh D’Amaro shifted some of the blame to Newsom’s refusal to set opening guidelines.

Businesses around Disneyland are suffering just as hard

The need to reopen Disneyland Resort ripples like a tsunami throughout California’s economy, especially in Anaheim. ABC7 spoke with a few business owners who stated, “We will not open until Disney does.”

Subway restaurant owner, Rick Cerney, is one of the few still hanging in there at a strip mall less than a mile from Disney’s theme parks. He said his shop, which relies on the park’s tourism, has been operating at a loss.

Cerney and his restaurant rely on the tourism Disneyland brings to the area to survive, and with Downtown Disney being the only open Disney area, he is suffering. Rick knows that he cannot officially be open unless Disneyland is open.

Manager Fred Brown of  The Desert Palms Hotel and Suites spoke on how his hotel has been empty since mid-March. The once 80-employee hotel is now running on 3 staff members.

“I really wish that the governor would give guidelines for theme parks so that we can at least start working on a plan to know what we have to do to get open.”

Today, we learned that Governor Newsom is planning on releasing reopening guidelines this week! The OC Register shared the following update from state officials:

California plans to issue reopening guidelines this week that will allow Disneyland, Universal Studios Hollywood and other theme parks in the state to resume operations after more than six months of coronavirus closures, according to state officials.

With the reopening, this means that slowly but surely life will begin to be restored to the businesses surrounding Disneyland Resort, from restaurants to hotels. For now, continue to follow along with us at ITM as we stay on top of all of the Disneyland Resort reopening news. We continue to send anyone who is being affected by the pandemic through layoffs or financial loss well wishes during this time.

Do you want Disneyland to reopen? Let us know!