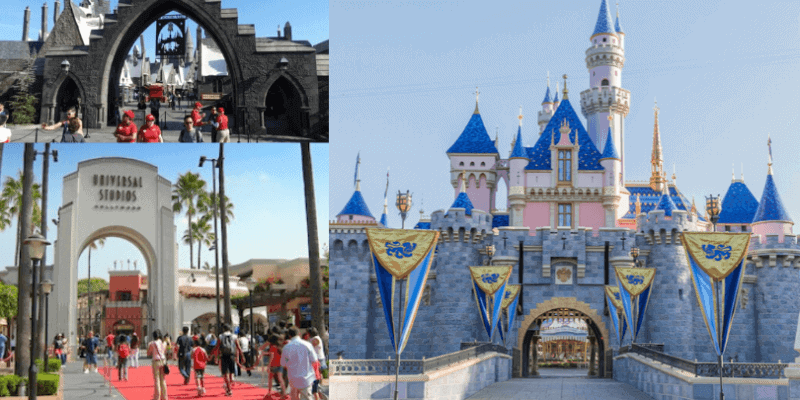 The back-and-forth between the State of California and theme parks (particularly Disneyland Resort) has often been a confusing one. But within the next week, more information is likely to come to light.

Newsom plans to meet with California theme parks this week — and he’ll also be sending members of his own team to visit the Florida parks.

California Governor Gavin Newsom shared in an update today that he plans to visit theme parks in California this week.

“This week, just to preview, we’ll be visiting with some of the larger theme parks, continuing some of those conversations back and forth. We continue in good faith to try to work to get where I know everybody wants to go, and that’s to get people back to work, and also to create more entertainment options. But also we need to do so in a safe way. We need to do so with a health-first frame. And we are going to continue that hard work, and a lot of that work will be advanced even further later this week with some in-site visits and some deeper collaboration, even beyond some of the larger theme parks, but many of the smaller theme parks that want to maintain some distinction from those larger — those larger well-known brands here in the state.”

Immediately following this update, Newsom did not share which theme parks he plans to visit or when, but we will continue to keep Inside the Magic updated with the most recent information pertaining to what will happen next with Disneyland Resort and Universal Studios Hollywood.

In response to a question regarding what California is learning about what other states are doing when it comes to reopening operations — for example, Walt Disney World Resort in Florida — Newsom shared the following:

“I have a whole team that spends their time not only getting the answer to that question, but asking those same questions. And so this week as a proof point of that, we have supported an effort to actually find out directly by sending our own team to these sites, as it relates to theme parks, to get a better sense of what’s going on. While we absolutely take people’s word for information that they provide us, we want to see things for ourselves.

Newsom shared that his team is constantly looking toward what other states, as well as other countries, are doing in terms of reopening and other operations, but then he shared this:

“But we are California, and we have values, and we have an approach, and we have a new frame of discipline. And we’re going to be stubborn in terms of keeping people’s health front and center and balancing all of these commensurate challenges as it relates to getting people back to work and addressing people’s isolation and stress and anxiety, and getting our kids back to in-person learning, and the incredible importance that we place on all of that at the same time.”

When it comes to what Newsom’s team will be looking at when visiting parks like Walt Disney World Resort this week, he had this to say:

“Their own experience, their own insight. We’re trying to get a better handle on what we’re being told, what we’re reading about, and our own concerns and our own environment as it relates to what makes our theme parks discinctive and unique. And one of the thing’s that’s self-evident that makes them distinct and unique is location, in and around areas where there’s background transmission rates that are remaining reltively stable in some cases, stubborn in other cases.”

The California Governor then answered a question of whether he envisions separating smaller theme parks from larger theme parks:

“Yes, I’m very mindful. For example, if you have, in a park in a city, a ferris wheel, that that’s not a theme park in the sense that so many of us consider. And so one has to consider between the two. And so that’s a nuance here. This is — almost you’re putting an entire new set of guidelines and starting from scratch across the board. There’s conference facilities, there’s parades in these theme parks. They’re cities, they’re small cities, and there are people from all around the world that descend, not just people that are approximate to these theme parks that come together and mix. You could say 5% of a theme park — that’s thousands and thousands of people in a large theme park. If you say that in something on a pier in a smaller community, it’s few hundred. And so all fo this has to be considered, all of that is distinctive, all of that requires nuance.”

Newsom then addressed the guidelines situation:

“We’ve had guidelines, we put out drafts. We got a lot of feedback on those draft guidelines. Folks asked us for more time, they asked us for more deliberation and engagement. We’re doing just that and we’re seeking to understand ourselves directly without the intermediaries, and that was the frame that I was focusing on a minute ago. That we’re doing our own stubborn research and going across states to learn more. And not just making this an academic exercist — I want folks to come back and tell me what they saw, what their own experience was. Because this is serious. At the end of the day, you know, we may be a 2.6% positivity rate, but we’re entering into not just the flu season. We’re entering into a period of time where people are more likely to start congregating and mixing back indoors as more and more indoor activity takes shape.”

You can watch California Governor Gavin Newsom’s full update below:

Stay tuned to Inside the Magic for more information on the reopening of Disneyland and Disney California Adventure.

Comments Off on Newsom Will Meet With Theme Parks This Week