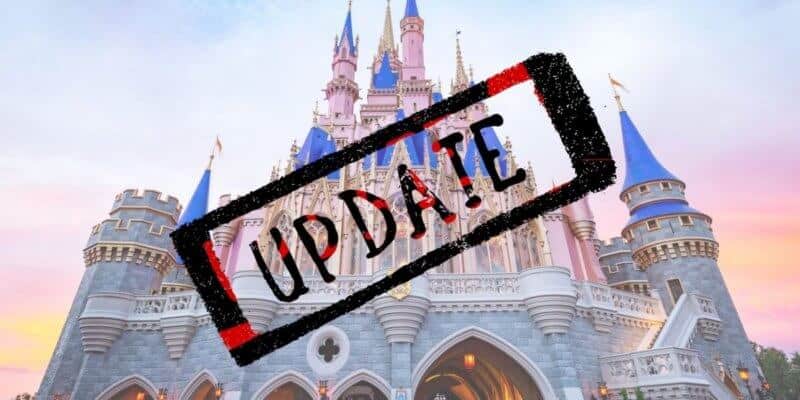 Inside the Magic had the opportunity to attend the Disney Parks: Our Approach to Operating During a Pandemic safety presentation today in which three officials from Walt Disney World spoke.

Adapting During the Pandemic

“We said we would steadily evolve our operations as new information and learnings became known, and we have,” Djuan Rivers, Vice President, Disney’s Animal Kingdom Park, said.

He continued to talk about how Disney has adjusted their operations and experiences as new information about COVID-19 came out. For example, Disney banned the use of neck gaiters as well as had clarification in regards to Guests having to be seated or stationary when removing face coverings.

Rivers continued by stating, “We’ve been delighted to welcome back a great number of annual passholders and folks from our local community and across the state.” He confirmed that right now, Disney’s focus is on the Florida locals and annual passholders, but they hope to expand soon over time.

He also went into detail about park capacity and the Disney Park Pass system. He clarifies that theme park attendance is limited to allow for physical distancing, which is what led to the new reservation system.

Disney Park Pass allows for the parks to better understand how many people and Guests are in the parks each day and helps them control capacity. For more information on the new reservation system, which was also confirmed to be used at Disneyland once they reopen, click here.

Related: Disney’s Magical Express Is Operating Along With Hotels Reopening

Experiences Within the Parks

Melissa Valiquette, Vice President, EPCOT, was next up to speak regarding the experiences within the parks during this time. “While our parks might feel a little different right now, our Guests have seen that Disney can continue to provide a great Guest experience, just as we always have but in a different way.”

She continued, “We also see that Guest acceptance and positivity towards the new health and safety measures remain high.”

So why should Guests visit the parks now? Well, Valiquette says, “Now is an excellent time to enjoy our parks in all new and special ways. And while we’ve made adjustments to some of our entertainment offerings by temporarily halting things that cause Guests to gather together….we’ve also developed new experiences.”

She continued to speak on how Disney has 26 offerings within the theme parks including the character cavalcades at unannounced times, characters in the parks from a distance, musical acts like the Jammitors and more!

But what about the holidays? We already know Disney is working hard to re-imagine some of the iconic holiday parades and parties, but Valiquette confirmed that “as we approach the holidays this year, we’re creating all new traditions for Guests to enjoy.”

Elizabeth Mullins, Vice President, Walt Disney World Hotels & Resorts, touched upon the Cast Members. “It was heartbreaking to close our resorts in March, but we’ve worked hard to care for our Cast Members throughout the entire furlough period.”

Cast Members have gone through training on the new measures, have received Cast Member care kits, and are developing best practices.

“Our processes are thorough and guided by Disney’s team of health and safety professionals, as well as other experts [like epidemiologists],” Mullins said. “Our cast is glad to be back, doing what they do best: making magical and memorable experiences for our guests.”

“We were all so honored to host our friends from the NBA and Major League Soccer this summer,” Mullins said. “It was a privilege collaborating with our friends in the NBA and MLS as professional sports came back to life in Walt Disney World.”

“We view this as another opportunity to lead during turbulent times,” she concluded.