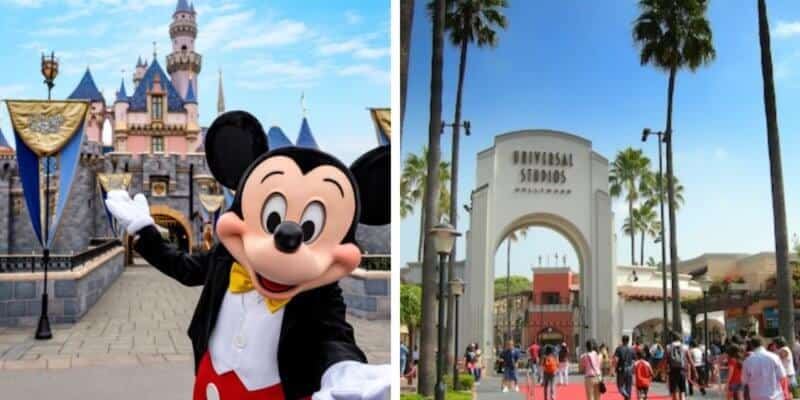 As we await for the reopening of Disneyland Resort and Universal Studios Hollywood in California, you can imagine how many theme park executives are on the edge of their seats.

After closing back in March due to the ongoing coronavirus pandemic, the California-based theme parks — including the tourist destination Disneyland and Disney California Adventure — have remained closed. With a layoff of 28,000 Cast Members at U.S. Disney Parks across the country, you can imagine why Disney would be so keen on reopening. But they are not the only one: Universal Studios, Knott’s Berry Farm, Six Flags Magic Mountain, SeaWorld San Diego, Legoland California, Six Flags Discovery Kingdom, and California’s Great America all are awaiting the green light from the state.

That approval to reopen must come from Governor Newsom, who has yet to comply with previously proposed theme park reopening guidelines. We recently discovered that Newsom was planning on releasing these guidelines this week, but was reportedly doing so without the guidance of the theme parks in question. Disneyland President Ken Potrock even offered to collaborate with Newsom but was denied.

According to the Orange County Register, after getting a glimpse of the reopening guidelines, the California Attractions and Parks Association (which represents Disneyland and Universal Studios, among the other parks) asked the state to confer with theme park officials before releasing any guidelines.

Here’s what they had to say:

“We ask the governor not to finalize guidance for amusement parks before engaging the industry in a more earnest manner, listening to park operators’ expertise and collaborating with the industry on a plan that will allow for amusement parks to reopen responsibly while still keeping the health and safety of park employees and guests a top priority,” CAPA executive director Erin Guerrero said in a statement.

Today California amusement park leaders who have been working for months to prepare to reopen responsibly saw an initial draft of state guidance and blueprint placement for California’s amusement parks,” Guerrero said in a statement. “While we are aligned on many of the protocols and health and safety requirements, there are many others that need to be modified if they are to lead to a responsible and reasonable amusement park reopening plan.”

Although we do not yet know exactly what those guidelines entail, we do know Disneyland Resort has been preparing heavily to reopen and operate amid the pandemic with extensive safety measures in place. Just walking around Downtown Disney it is easy to see all of the precautions being taken. Given this, it makes sense that the theme parks should have a hand in creating these reopening guidelines as they know the industry and all of the hurdles that must be overcome to create a safe return.

With that being said, it will be interesting to see how Newsom reacts to this call to stop, and if he receives the olive branch being extended by the California Attractions and Parks Association. All we know is that Newsom is slated to release the guidelines this week, but we’ll report back if anything changes. It is important to note that amid the park closures, Downtown Disney has reopened to a limited capacity for Guest enjoyment. Stay tuned to ITM as we continue to track this developing story of the Disney parks and more.

Are you ready for DLR and Universal Studios Hollywood to reopen? Let us know!