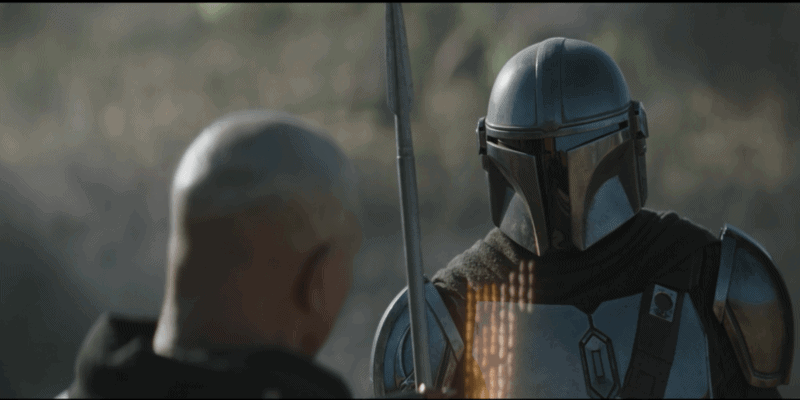 Boba Fett has returned, and Star Wars fans have now learned more about the bounty hunter’s Mandalorian past thanks to Chapter 14 of Star Wars: The Mandalorian.

We see Boba Fett (Temuera Morrison) return by confronting Din Djarin for one reason: to get his armor back. The Mandalorian beskar armor that Djarin earned off of Cobb Vanth, Marshal of Mos Pelgo. While it is still unclear how Boba lost his armor, he proves in the latest episode that the armor is rightfully his.

After stealing back his armor, Fett shows Djarin a coded inscription embedded in the armor, explaining his line and connection to Mandalore. The inscription is in an alien language — but, Djarin confirms for viewers that Boba’s father, Jango Fett — the donor for the clone Grand Army of the Republic — was a foundling.

We now have a translation of that inscription thanks to one Reddit user. It reads:

“Concord Dawn” is revealed to be Jango’s homeworld, and “Jast” is speculated to refer to the Star Wars Legends character Jast Mereel.

Both of these story points were never declared canon, and fans are left wondering how far Lucasfilm and Dave Filoni might continue with the backstory. It is also interesting that the inscription leaves out all traces of Boba’s past outside of being Jango’s “son.” However, while he is the product of a cloning station on Kamino, Boba’s DNA is still, technically, completely Concordian and exactly identical to Jango’s. If the goal is to keeping the armor in the bloodline, Boba’s got his case locked up.

While he has lacked a mentor and has sworn no oath, Boba shows his Mandalorian side in how he demands his armor be returned to him. There is a painful longing in his voice and a deep sadness. Like Djarin, Fett’s armor is a part of his very being and identity. After all, he wore it for the entirety of his screentime when fans first saw him hunting down Han Solo for Jabba the Hut in the Original Trilogy movies Episode V: Empire Strikes Back and Episode VI: Return of the Jedi. This Star Wars fan was overjoyed to see the beskar returned to its rightful owner.

What do you think about Boba’s backstory? Do you think we will see Jast Mereel in upcoming episodes? Let us know in the comments!