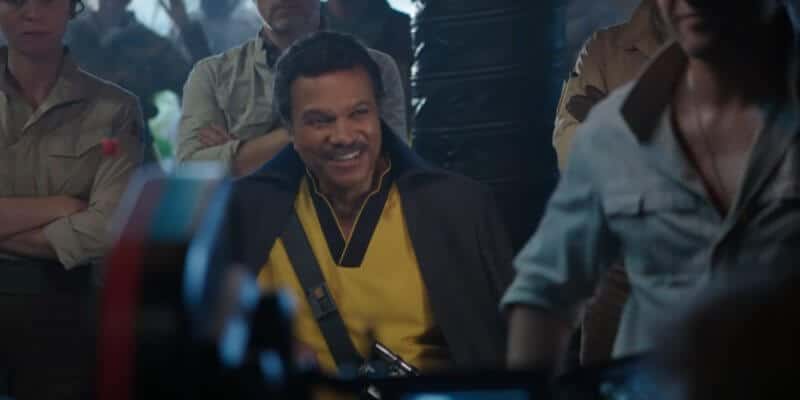 At The Walt Disney Company’s December 10, 2020 Investors Day event, numerous new projects were announced — including nearly a dozen for Lucasfilm.

Among the most exciting announcements in the Star Wars universe is the upcoming Lando limited series, which will air exclusively on the Disney+ streaming platform.

Disney Tweeted the following about the show:

Although casting details for Lando were not shared at Investors Day, it seems that Billy Dee Williams — who first brought Lando Calrissian’s swagger to life in Star Wars: Episode V – The Empire Strikes Back (1980) — might have just confirmed his involvement in the project, albeit in a somewhat roundabout fashion.

It seems highly unlikely that Williams would have shared this post unless he has some type of involvement in the upcoming mini-series, though, still nothing has been confirmed at this point.

Though Disney and Lucasfilm have yet to confirm the plot line for the show, one possibility is that it could also feature Star Wars: Episode IX – The Rise of Skywalker character, Jannah (Naomi Ackie), who many fans believe is Calrissian’s daughter. Ackie has previously stated she would enjoy seeing Janna get a spinoff.

“When peace reigned, [Lando] attempted to start a family, but tragedy struck and his infant daughter vanished. It was only later that it became clear who the culprits behind the abduction were: the First Order, building their fighting forces but also specifically striking out at the old Alliance leadership.”

So the idea here is Jannah is Lando’s long-lost daughter. Perhaps his immediate interest in her was because she resembled Lando’s wife.

Related: Is Gina Carano’s Cara Dune Getting Her Spinoff With ‘Rangers of the New Republic’?

In theory, Williams could be telling Ackie about his life before she, her mother, and her subsequent kidnapping — this would allow the creative team behind the series to also include Donald Glover and, potentially, Alden Ehrenreich, who played Han Solo in Solo: A Star Wars Story (2018).

Although he is now 83-years-old, Williams has continued to reprise his role as Lando Calrissian, most recently in The LEGO Star Wars Holiday Special (2020) and in live-action in The Rise of Skywalker (2019).

What do you think? Is Billy Dee Williams letting his fans know he’s participating in Lando?