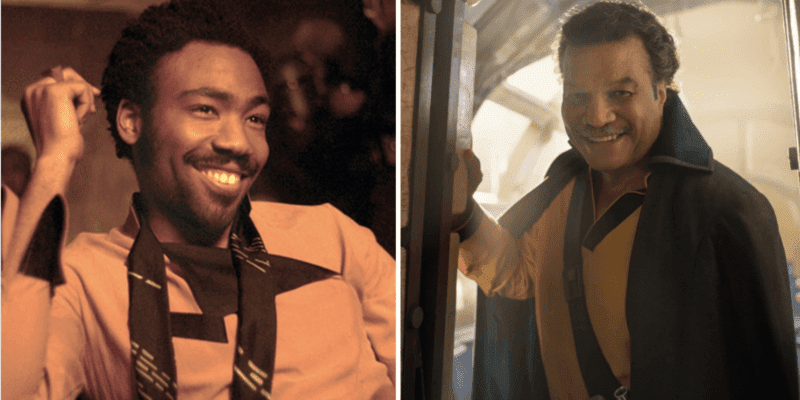 At the December 10 Investors Day event, The Walt Disney Company announced a lot of new content, primarily for the Disney+ streaming platform.

One of the day’s biggest announcements was the fact that “roughly 10” Star Wars series are currently in development for the Disney+ streaming platform!

Playing off of the immense success of Jon Favreau and Dave Filoni’s The Mandalorian, Lucasfilm President Kathleen Kennedy said, “We ushered in an entirely new era of Star Wars and there’s more to come.”

One of those upcoming projects is a limited series focused on the Cloud City-based scoundrel we all love to, well, love — Lando Calrissian.

While Disney has yet to confirm details about the project — other than Justin Simien (Dear White People) running point on the series — there’s still a lot to unpack for fans of Han Solo’s favorite frenemy.

Billy Dee Williams originally brought Lando Calrissian to life on Bespin in Star Wars: Episode V – The Empire Strikes Back (1980). He has continued to play the eccentric, fan-favorite character for over 40 years, most recently voicing Lando in the Disney+ LEGO Star Wars Holiday Special (2020).

He last reprised the role in live-action in Star Wars: The Rise of Skywalker (2019). Although Williams is now 83-years-old, he has certainly proven his willingness to continue playing Lando whenever he is approached for a Star Wars project.

Calrissian, however, has also been played by Donald Glover, who filled Lando’s — inevitably expensive — shoes in Solo: A Star Wars Story (2018).

Rumors have abounded for quite some time that Glover will be reprising his role as a young version of the iconic character. Now, Glover has all but confirmed that he will be appearing in the streaming Lando mini-series with the following November 6 Tweet.

2018, of course, is when Solo released and the fact that Glover included “(of magic)” in his post definitely leads one to think Disney could be involved.

Because Lando has been confirmed by Disney and Lucasfilm as a limited series, the writers have a significant amount of control over what happens — the storyline will be set and won’t ebb and flow like a traditional series with the potential for multiple seasons.

This means that Disney could bring back both Donald Glover and Billy Dee Williams — imagine, if you will, if Lando were a flashback series that featured Williams sharing stories from his glory days (not that they ever really ended) and remembering scenes showcasing Glover.

There have also been rumors that Disney would like Alden Ehrenreich — who played a young Han Solo in Solo: A Star Wars Story — to return, but, as stated, casting details for Lando have not yet been revealed, aside from Glover’s semi-cryptic Tweet.

What kind of show are you hoping Lando is?

Comments Off on Will Both Donald Glover & Billy Dee Williams Reprise As Lando Calrissian?