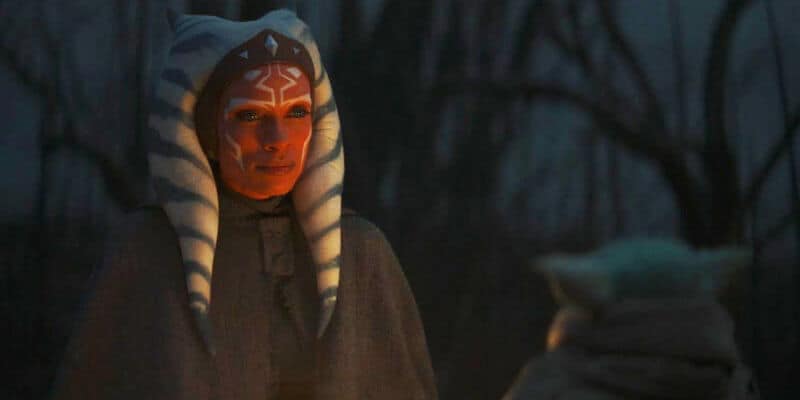 Rosario Dawson made her Star Wars debut in last week’s episode of The Mandalorian — Season 2, Episode 5 (Chapter 13: The Jedi) — as Ahsoka Tano.

Ahsoka has been a long-time fan-favorite and was originally voiced by Ashley Eckstein as an animated character in Star Wars: The Clone Wars and Star Wars Rebels.

There have already been numerous reports that Dawson will reprise her role as Ahsoka in the Star Wars universe far beyond a single episode of The Mandalorian.  After all, it doesn’t make sense to cast a Hollywood star like Dawson if you don’t plan to make the character a larger part of the story in a galaxy far, far away.

While many fans originally thought a Disney+ Ahsoka Tano spinoff could be in the works — and that could still be a possibility — IMDb has now shared a report that Dawson has signed-on for a three-movie deal with Lucasfilm.

Insider Daniel Richtman is claiming that the actress has signed on for three feature films, in addition to a recurring role on the Mouse House’s streaming service. Coincidentally, there are currently three Star Wars movies in development. One’s being spearheaded by Kevin Feige, another’s in the hands of Taika Waititi and the third is being worked on by the relatively unknown duo of J.D. Dillard and Matt Owens. Release dates are already staked out for a trio of new blockbusters in December of 2023, 2025 and 2027, so if Dawson has really inked a three-picture deal, you’d expect her to show up in at least one of them.

Disney and Lucasfilm have not yet confirmed Rosario Dawson’s Star Wars movie contract, but it serves to reason that Ahsoka will be back — particularly with as much as fans loved her appearance in The Mandalorian.

Dawson defied fan expectations and played a pivotal role in this season’s story arc. She not only told Din Djarin (Pedro Pascal) The Child’s real name — Grogu — but sent him on a quest to find a Jedi Temple “seeing stone” that could help shape the next two seasons of The Mandalorian.

What do you think? Is Rosario Dawson actually going to appear in the next Star Wars tril0gy?