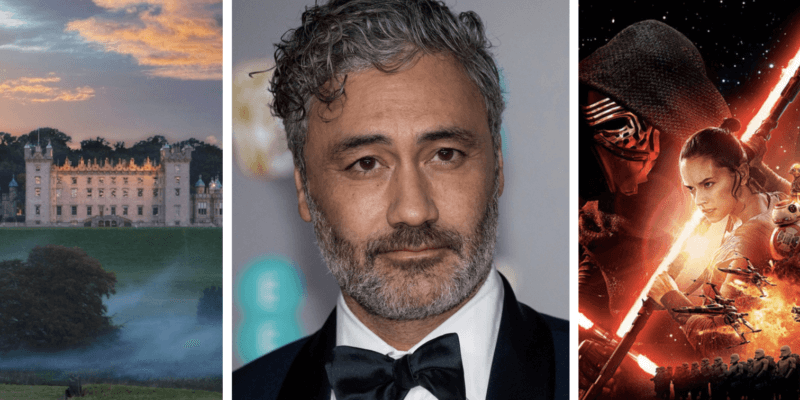 After the Star Wars Skywalker Saga’s over 40-year run ended with last year’s Star Wars: Episode IX – The Rise of Skywalker, fans of the franchise couldn’t help but wonder what’s next in the Star Wars movie universe.

Unfortunately, concrete news has been scarce. From Rian Johnson’s rumored trilogy featuring Rey and the “broom boy” to Lucasfilm’s rather vague promise that female directors will be a “priority” moving forward, there hasn’t been a lot to go on.

As a matter of fact, Lucasfilm President Kathleen Kennedy even said earlier this year that Star Wars filmmakers need to take a “step back” before deciding what to do next.

One thing we do know for sure is that writer and director Taika Waititi — of Marvel and The Mandalorian fame — will be at the helm of one of the next Star Wars movies. Now, ComicBook.com has reported that Waititi and his team may begin scouting locations for their upcoming installment before the end of the year:

According to The Daily Record, the upcoming film hopes to capture footage of snowy landscapes and mountains in Scotland as soon as December, though neither Waititi himself nor Lucasfilm has offered any official details for the project moving forward, with any sort of plans subject to change due in large part to the coronavirus pandemic.

“It’s great that Star Wars have decided to use Scotland’s breathtaking scenery for some of their first production shots,” a source shared with The Daily Record. “The film is still a few years away thanks to the COVID crisis but it will be very exciting for fans to hear that the ball has started rolling on this highly anticipated movie. Filming will take place in the Highlands and will focus on the hills and surrounding areas.”

Although we don’t know where in the Star Wars timeline Waititi’s film will fall, we can definitely see Scottish ruins [like the ones above] working well as an ancient Jedi temple.

It is unlikely that Mark Hamill will reprise his role as Luke Skywalker in future movies. Oscar Isaac (Poe Dameron) and John Boyega (Finn) have also expressed no interest in returning to Star Wars.

The next Star Wars movie is set to hit theaters in 2023, but due to his work on Thor: Love and Thunder, it’s likely that Waititi’s film will be the 2025 installment previously announced by Disney and Lucasfilm.

Waititi has confirmed that he — alongside Krysty Wilson-Cairns — has begun writing the script for his upcoming Star Wars film, which may be why location scouting is set to start soon.

Are you excited to see Star Wars film in Scotland? What do you think the storyline of Taika Waititi’s movie will be?