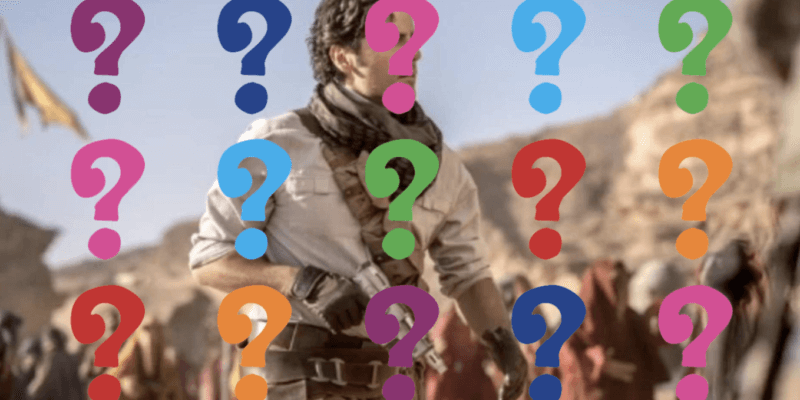 When ace pilot Poe Dameron (Oscar Isaac) was introduced in Star Wars: Episode VII: The Force Awakens in 2015, he became an instant fan favorite. Between his rugged good looks and X-wing flying skills, it’s hard not to love Poe (he was even Leia’s favorite).

Isaac now says, however, that he is unlikely to ever portray Poe Dameron in the Star Wars universe again. This is sad news for fans of the sequel trilogy.

Speaking on a Deadline panel about his upcoming film, Paul Schrader’s The Card Counter, Isaac said of Star Wars, “It’s not really what I set out to do. What I set out to do was to make handmade movies, and to work with people that inspire me.”

Isaac, who has previously worked with indie directors like J.C. Chandor, went on to share, “Paul [Schrader]’s movies, the things that he’s made, it’s in my DNA. I’m not alone, obviously. [For] every actor of a certain generation, those are the films that made them who they are, so that’s certainly my case. It feels like for me a personal turning point and that, as far as I’m concerned, it has nothing to do with the finished product. It’s the process of doing this.”

When asked whether or not he’s sure he’s done with Poe Dameron, Isaac replied, “Probably, but who knows. If I need another house or something.” We can only hope this doesn’t also mean the end of the adorable BB-8.

What’s next for Oscar Issac?

Although there aren’t any Star Wars projects on Oscar Isaac’s calendar, the actor is keeping busy. In addition to The Card Counter movie, in which he plays a gambler and ex-soldier, Isaac will appear in Dune and Big Gold Brick, which are both in post-production.

Isaac was also recently cast as an unnamed character in the upcoming film Armageddon Time.

What do you think about the news that Oscar Isaac doesn’t plan to reprise his role as Poe Dameron? Tell us in the comments!