Chris Hemsworth Promises a Very Different Movie in 'Thor: Love and Thunder' - Inside the Magic 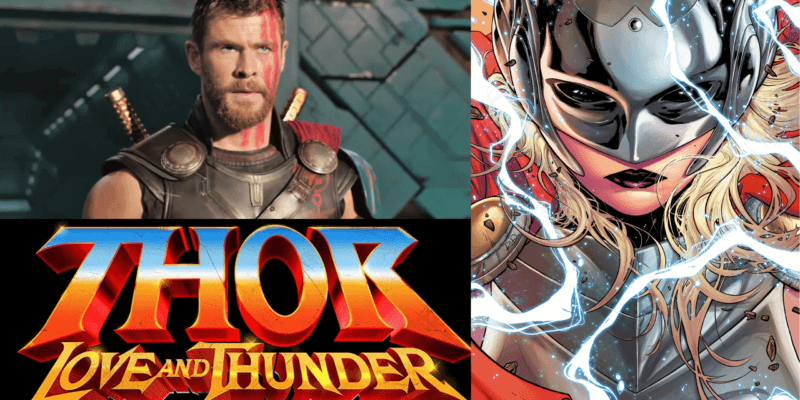 Thor: Love and Thunder is currently in production with Chris Hemsworth back in the title role and support from Natalie Portman who is returning as Jane (and expected to have a much bigger role in the sequel). Director Taika Waititi is back for the fourth movie and there have already been some interesting rumors to suggest what to expect from the next movie.

Chris Hemsworth himself recently went on record to say that Thor: Love and Thunder is going to be very different from what we have seen from Thor in the past. Here’s the full quote:

Very excited, excited to try to do something different, you know, the last three films we certainly, I think, pushed the envelope and created different versions of the character and now people expect some dramatic changes, so, we’ve got our work cut out in that sense.

The full clip can be seen below:

Chris Hemsworth said he’s filming Thor: Love and Thunder in January and that he’s very excited to do something different. He also said that Taika Waititi is currently writing the script! pic.twitter.com/OvKIu9Spga

So, what could Chris Hemsworth mean when he says “something different”? Well, it is likely referencing Jane — or at a version of Jane — becoming Thor  in the movie and seeing how that plays out on the big screen. Things are going to get very strange for the MCU in the coming years with the introduction of the Multiverse and opening up the possibility of different versions of our beloved characters coming into the movies.

We’ve already seen the rumors that multiple Spidey’s are going to be in Tom Holland’s Spider-Man 3 and that Tom Cruise could be appearing as Iron Man in Doctor Strange in the Multiverse of Madness. Literally, anything is possible with the Multiverse coming into the Marvel Cinematic Universe.

It’s almost certain that at this point we are going to see a female Thor appear in Thor: Love and Thunder and we can’t wait to see how this plays out in the next movie. The good news is that Chris Hemsworth has shown no interest in leaving the MCU behind any time soon!

What do you think we’re going to see in Thor: Love and Thunder? Let us know in the comments below!

Comments Off on Chris Hemsworth Promises a Very Different Movie in ‘Thor: Love and Thunder’