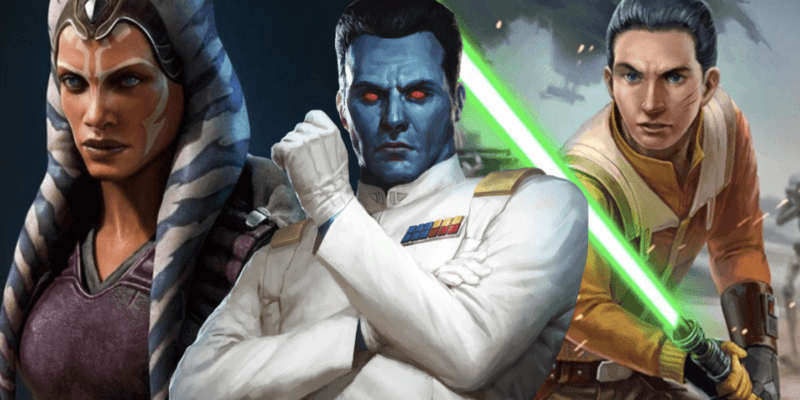 When Rosario Dawson was cast as Ahsoka Tano, there was rampant speculation that she would be playing the fan-favorite Star Wars character in more than merely The Mandalorian.

In April, Star Wars – The Direct shared that the actress’s “contract has been revealed as a multi-show deal, indicated that Lucasfilm may be planning for her character to appear in other future #StarWars series besides #TheMandalorian!”

EXCLUSIVE: @rosariodawson's Ahsoka Tano contract has been revealed as a multi-show deal, indicating that Lucasfilm may be planning for her character to appear in other future #StarWars series besides #TheMandalorian! https://t.co/rYxHZTLQU5

With The Walt Disney Company hyper-focused on creating new, original streaming content — particularly under the Star Wars and Marvel Studios banners — it makes sense that they would not only cast a well-known Hollywood player like Dawson in a single episode of a single series.

Star Wars fans first met Ahsoka Tano in live-action last week in The Mandalorian Season 2, Episode 5 – Chapter 13: The Jedi. Previously, Ahsoka had only appeared in the Clone Wars and Rebels animated series — and the 2008 Star Wars: The Clone Wars movie — and was voiced by Ashley Eckstein.

At the end of the Ahsoka-centric episode, following all sorts of bombshells about Grogu’s (AKA The Child) past at the Jedi Temple on Coruscant, one final twist was thrown into the Togruta character’s story arc.

While Din Djarin (Pedro Pascal) literally held down the fort for her, Ahsoka learned that Magistrate Morgan Elsbeth’s (Diana Lee Inosanto) master is Grand Admiral Thrawn (voiced by Lars Mikkelsen). This shocked many Star Wars fans, who did not expect the Star Wars Rebels character to reappear — although Dave Filoni previously confirmed the character’s survival, he had not been directly connected to The Mandalorian.

Now, the internet is abuzz with reports that the mention of Admiral Thrawn is setting up the nearly inevitable Ahsoka Tano spinoff series.

Since it seems extremely unlikely that Admiral Thrawn will appear in The Mandalorian, particularly since Ahsoka hasn’t been confirmed as a recurring character for Season 3 of the hit Disney+ series, mentioning him does seem like the perfect segway into an Ahsoka Tano spinoff that primarily focuses on her searching the galaxy for friend Ezra Bridger (voiced by Taylor Gray).

There is even a chance that Bo-Katan Kryze (Katee Sackhoff) could play a major role in an Ahsoka spinoff show.

No casting details for a live-action Admiral Thrawn have been released at this time and there has been no official word on who will create and develop the potential Ahsoka Tano spinoff — the odds are good, however, that both Mandalorian showrunner Jon Favreau and Ahsoka’s creator Dave Filoni would (or will) be involved.

What do you think? Does Ahsoka Tano deserve her very own live-action Star Wars series?