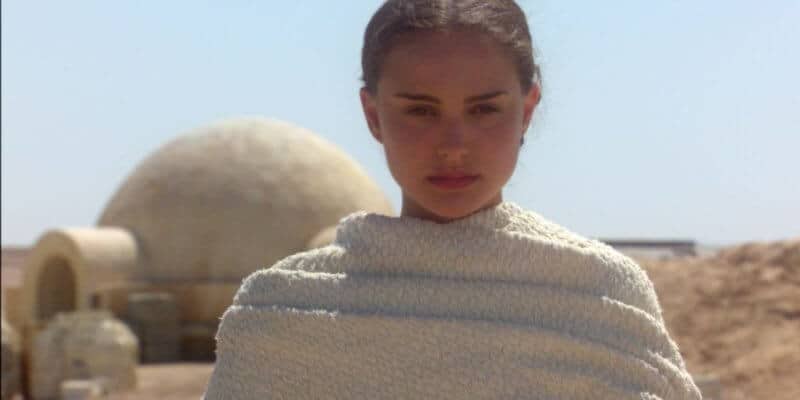 Natalie Portman appeared as Padmé Amidala in the Star Wars prequel trilogy from 1999-2005 — seven years before The Walt Disney Company purchased Lucasfilm for $4.05 billion in 2012. The actress has, however, played Jane Foster in Thor (2011) after Marvel Studios was under the Disney mantle.

Recently, Portman — who is set to reprise her role as Jane in Thor: Love and Thunder (2022) — spoke about how she manages to avoid recognition from Star Wars fans (and just about everyone else) when she is in public. Her answer probably isn’t what you think — no disguises here!

“Certainly, people recognize me but I think it has to do with I’m really short. I’m a small person and I can do pretty much anything and no one pays attention to me. I don’t naturally attract attention. I think if you’re six foot tall and blonde and you walk into a room, everyone looks at you and then they’ll be like, ‘Oh, that’s an actress.’ When you’re this kind of small, brown haired Jewish girl, you’re kind of invisible.”

“I feel like no one looks at me,” Portman said. “It’s allowed me to kind of do anything. I feel very lucky. I’ve been to a lot of crowded places and nobody bothers me.”

If they do approach her, it’s often to confirm she actually is Natalie Portman.

Even though the Star Wars franchise is beloved by millions, it’s not the movie Portman hears the most about from fans. If someone does approach her, Portman says it’s usually about The Professional.

She did acknowledge that Star Wars is the role she hears about second-most.

As a matter of fact, the young Jedi’s attachment to the Queen-turned-Senator is what — depending on what theory you personally subscribe to — led him down the path to becoming Darth Vader.

The Jedi Order, of course, forbids attachment, a fact Obi-Wan Kenobi (Ewan McGregor) learned the hard way in the animated Star Wars Rebels series when he gave up his relationship with Duchess Satine Kryze (Anna Graves) — Bo-Katan Kryze’s (Katee Sackhoff) sister. Rebels takes place approximately 14 years after Revenge of the Sith, so Kenobi has already seen his former Padawan’s descent to the dark side.

Although Portman has no plans to reprise her role as Padmé Amidala, McGregor is set to play Obi-Wan Kenobi again in the upcoming Disney+ Kenobi series, which is set to start shooting in January.

There have also been some rumors that Christensen will once again portray Anakin Skywalker in the limited Deborah Chow-directed series, perhaps in a flashback scene.

What do you think about the very down-to-earth way Natalie Portman avoids recognition?