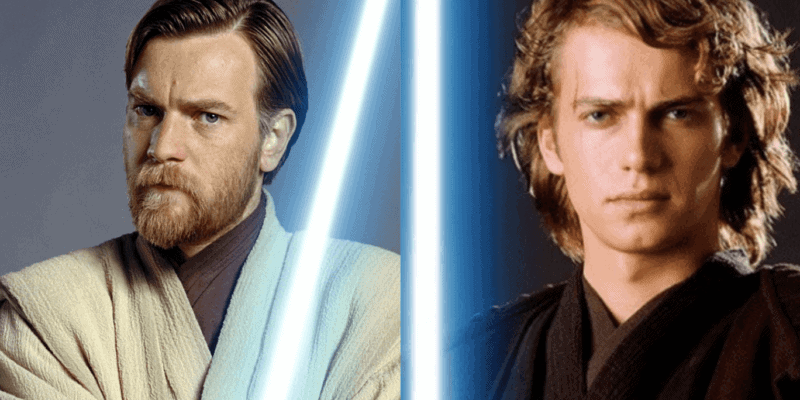 The Skywalker Saga may not be as finished as Star Wars fans thought! Rumor has it Hayden Christensen will be reprising his role as Anakin in the upcoming Kenobi series coming to Disney’s streaming service.

According to LRM Online, “producers are currently in talks with Hayden Christensen to reprise his role as Anakin Skywalker in the Obi-Wan Kenobi Disney+ series! How big of the role is still being debated, so let the theories begin.”

Whatever your feelings are regarding the Star Wars prequel trilogy, the potential return of the man who becomes Darth Vader is major news for the upcoming Disney+ series.

As per LRM’s article, it is only a matter of time until the online Star Wars fandom begins speculating about the extent of Christensen’s reported role. It is equally possible he could appear in a single flashback episode or could somehow play a larger role in the storyline.

Ewan McGregor is set to reprise his fan-favorite role as Obi-Wan Kenobi in the series, which has not yet begun shooting. After some hiccups, including a new name and the loss of its head writer, the streaming Star Wars show appears set to start filming once restrictions are lifted by Walt Disney Studios.

The series, now titled Pilgrim, will be written by Joby Harold and directed by Deborah Chow, who also oversaw two episodes in Season 1 of The Mandalorian.

In the Star Wars timeline, Pilgrim will fall between Episode III: Revenge of the Sith and Episode IV: A New Hope. The audience will presumably see Kenobi as he struggles to restore both his own faith in The Force and the Jedi Order as a whole.

McGregor spoke to Men’s Journal about his upcoming role reprisal in the Kenobi series, saying, Obi-Wan will find himself  battling internally over “the fact that all the Jedi were slaughtered” in the final scenes of Revenge of the Sith.

Pilgrim is slated to have a six-episode first season on Disney+.

What do you think about the rumors of Hayden Christensen in the new Obi-Wan series? Tell us in the comments!