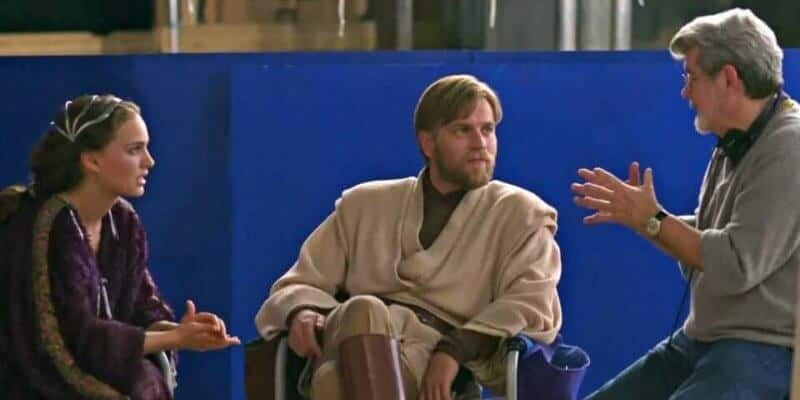 The Star Wars fan base is passionate — sometimes to a fault — and, while people who love the franchise have varying opinions of George Lucas, there is no denying the fact that a galaxy far, far away wouldn’t exist without him.

Among the most maligned aspects of Star Wars canon is the prequel trilogy. I have my own thoughts — but that’s another article (or five) — about the story behind Anakin Skywalker’s (Hayden Christensen) relationship with Luke Skywalker and Leia Organa’s mother, Padmé Amidala (Natalie Portman), and his subsequent descent into the dark side of the Force.

“It [the dialogue, specifically between Anakin and his lover Padmé Amidala (Natalie Portman)] is presented very honestly, it isn’t tongue-in-cheek at all, and it’s played to the hilt. But it is consistent, not only with the rest of the movie, but with the overall Star Wars style. Most people don’t understand the style of Star Wars. They don’t get that there’s an underlying motif that is very much like a 1930s Western or Saturday matinee serial. It’s in the more romantic period of making movies and adventure films. And this film is even more of a melodrama than the others.”

It is interesting that Lucas brings up the “1930s Western” style of his six Star Wars Skywalker Saga movies in light of the current incredible success of Disney+ streaming series, The Mandalorian.

As they tell the tale of Din Djarin (Pedro Pascal) and Grogu, Jon Favreau and Dave Filoni have drawn clear influence from “Spaghetti Westerns” like A Fistful of Dollars (1964), A Few Dollars More (1965), and The Good, The Bad, and The Ugly (1966).

Many Star Wars fans believe that The Mandalorian is the best thing to happen to Star Wars in decades — arguably since Star Wars: Episode V – The Empire Strikes Back (1980), in fact — and, as it turns out, the pared-down storytelling style of the hit Disney+ show may just be getting back to Star Wars roots more than a majority of viewers even realized until now.

What do you think? Is this how you always thought of Star Wars or is this giving you a new perspective?