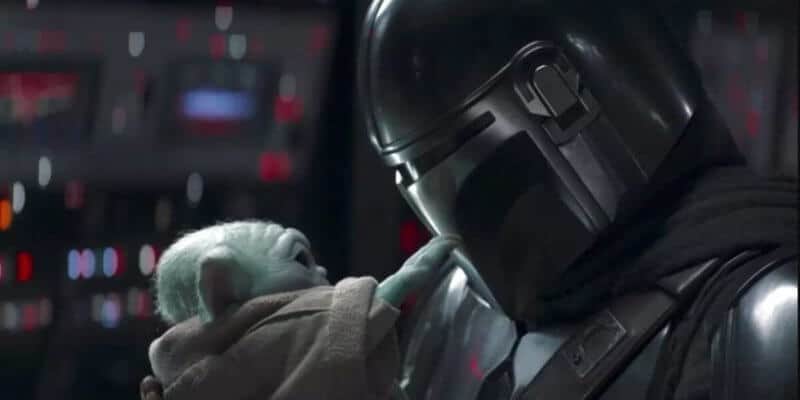 Following the finale of The Mandalorian Season 2, there was some confusion about where Jon Favreau and Dave Filoni’s hit Star Wars streaming series will go next.

Following the final scene of the season finale — in which Luke Skywalker (CGI Mark Hamill) left Moff Gideon’s Imperial ship with Grogu and R2-D2 in tow — viewers were treated to a movie-like post credits scene in which The Book of Boba Fett, featuring Temuera Morrison as the title character and Ming-Na Wen as Fennec Shand, was announced.

Almost immediately, online speculation began that this new Boba Fett show and The Mandalorian Season 3 would be one and the same. Not so, however, it would seem now that new information is emerging.

As a matter of fact, Pedro Pascal’s stunt double, Brendan Wayne, has confirmed the star’s involvement in the upcoming third season of The Mandalorian, which is set to debut at Christmas 2021. Wayne wrote on Instagram:

No spoilers!!! But just in case the world didn’t know yet @pascalispunk is incredible. The journey they wrote for him this season was so beautiful. The fact that Pedro went beyond the page and made this epic. Thank you @pascalispunk

Yes!! Pedro is coming back and awesome . There was never any question. DO NOT BELIEVE EVERYTHING YOU READ.
Now let’s get ready for WW84 @wonderwomanfilm

At The Walt Disney Company’s 2020 Investor Day event, Lucasfilm President Kathleen Kennedy confirmed that two Mandalorian spinoffs — Ahsoka and Rangers of the New Republic — are set to be among the approximately 10 new Star Wars series hitting the Disney+ streaming service in the next few years.

While details about the Mandalorian‘s third season storyline have not yet emerged — Favreau, Filioni, and their team are famously tight-lipped — it is possible that the upcoming season will follow Din Djarin with Star Wars Rebels and Star Wars: The Clone Wars character Bo-Katan Kryze (Katee Sackhoff) as they attempt to retake Mandalore with the Darksaber.

At this time, Djarin is, for all technical purposes, de facto ruler of the Mandalorian homeworld, having won the ancient Mandalorian weapon in combat with Moff Gideon in the second season finale. He has, however, already tried to give the Darksaber to Kryze once, so we will have to see how that particular story arc plays out.

Right now, all we can do is wait for additional details to emerge from Lucasfilm and Disney executives.

Here’s hoping Djarin — and whoever his companions are next year — can avoid the dark trooper droids and mortar stormtrooper variants they ran into this year, no matter how unlikely it is for them to stay out of scrapes.

We might also get to see more of the show’s leading man without his Mandalorian helmet, which would be a treat for fans of the actor.

Next up for Pedro Pascal? Wonder Woman 1984, premiering Christmas Day 2020. There is no official word on when filming for The Mandalorian Season 3 will begin, but we can expect our favorite Mandalorian bounty hunter and his beskar armor to shoot each episode on-schedule.

Showrunner Jon Favreau has previously confirmed that he expects no delays related to the coronavirus pandemic and that the series should premiere on-time.

Are you already excited that Pedro Pascal is returning to play Mando for The Mandalorian Season 3? We can’t wait!