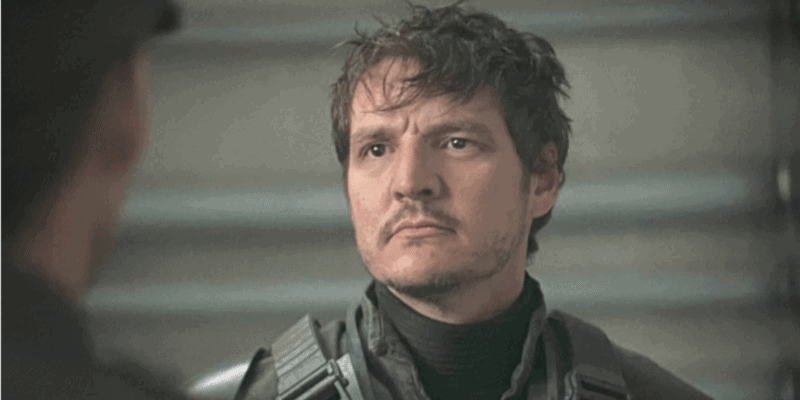 As with all things Star Wars, fan theories abound about Jon Favreau and Dave Filoni’s hit Disney+ series, The Mandalorian.

**SPOILERS for The Mandalorian Season 2, Episode 7 ahead**

Prior to last week’s installment — Season 2, Episode 7 (Chapter 15: The Believer) — there was a certain faction of fans who believed there was no way Din Djarin (Pedro Pascal) would remove his helmet in order to save Grogu (AKA The Child AKA Baby Yoda) from Moff Gideon (Giancarlo Esposito).

Their logic? Keeping Pedro Pascal behind the beskar and the voice modulator would make it much easier for Favreau, Filoni, and Co. to recast Djarin heading into Season 3 — which has now been confirmed for a Christmas 2021 release.

In reality, though, purely from an acting standpoint, there is absolutely no reason to recast Pascal. He perfectly embodies Djarin — and he proved it in the penultimate episode of the second season of the mega-popular Star Wars series.

ScreenRant made this excellent point about Pascal’s maskless performance following his facial scan at the Imperial base:

In a split-second, Mando seemed gone and only Din Djarin remained. Given that he hasn’t once been around people without it since he was a child, that would be understandable. At that moment, he likely would’ve regressed to an almost child-like state… and Pascal conveyed that to perfection…

Such discomfort and awkwardness became all the more apparent when he was confronted by Valin Hess (Richard Brake). Often cool and very much in control when wearing his armor, Din Djarin was all awkward silences and nervous ticks without it. On multiple occasions, he struggled for words, and, at one point, he even silently gulped.

Djarin’s discomfort was such that prisoner Migs Mayfield (Bill Burr) had to try to convince Hess that “Brown Eyes” had gone deaf after an unfortunate incident where he lost pressure in space. Djarin’s cooler-than-cool attitude and total confidence instantly disappeared the second he showed his face — and Pascal performed the part masterfully.

Pascal’s performance was so convincing that we, as viewers, could viscerally feel his thought process as he first decided whether or not he should take off his helmet — whether some things, like Grogu, actually were more important than his interpretation of the Mandalorian Creed — and later, even after the Mandalorian armor is back on, the audience could practically see the wheels in his head turning as he began to question everything he thought he know about his identity.

This season — thanks to Bo-Katan Kryze (Katee Sackhoff) — Djarin has learned that some Mandalorian sects do remove their helmets. This, undoubtedly, caused internal strife for our title Mandalorian — is it possible, perhaps, he has to be wondering, to both uphold the Creed he has dedicated his life to and let the world see who he really is behind the mask?

As he told Gideon in his holo message at the end of the episode, “Moff Gideon, you have something I want. You may think you have an idea of what you’re in possession of, but you do not. Soon…he will be back with me. He means more to me than you will ever know.”

Favreau and Filoni got casting right when they chose Pedro Pascal to play the Mandalorian. He brings a depth to the role that is crucial in regard to the level of character development the team has been able to achieve in just two short streaming seasons.

Are you hoping for more of Pedro Pascal’s Din Djarin in Season 3 of The Mandalorian and beyond?