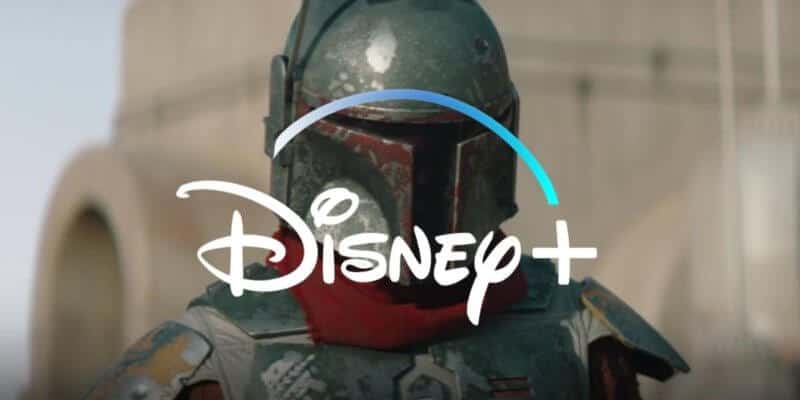 SPOILERS AHEAD: If you have not yet watched the Season Two finale of The Mandalorian, stop reading now.

So, you’re still reading. How are you holding up after that shocking season finale?! We bet you are probably still trying to recover, just like us here at Inside the Magic. Well, if you stuck around to watch the post-credits scene during the finale, you may have noticed Disney+ announce a new upcoming project, coming in winter of 2021.

As Star Wars fans everywhere were still trying to process the last moments of the season finale, we got a pop-up announcement that indicates we will see Boba Fett and Fennec Shand return in The Book of Boba Fett, coming in December 2021.

It wasn’t too long ago rumors were floating around that indicated that a Boba Fett spinoff could be coming to Disney+ in the future, and now it looks as though we have confirmation from the streaming service themselves! Even though not many other details have been released regarding the upcoming project, fans are already looking forward to next year.

We aren’t sure at this time if The Book of Boba Fett will be a limited series, a streaming movie, or possibly even the third season of The Mandalorian. However, anything is possible with Disney+. Inside the Magic will update you as we get more information regarding The Book of Boba Fett.

This is just one of the many Star Wars projects announced for Disney+. During The Walt Disney Company’s 2020 Investor Day event, the new direct-to-consumer head Kareem Daniel shared that approximately 10 brand new Star Wars series will debut over the course of the next few years.

Are you excited to see The Book of Boba Fett in 2021? Let us know in the comments below.