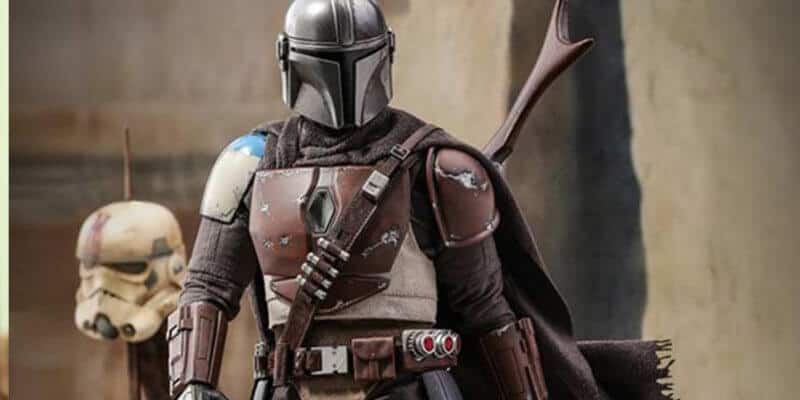 As incredible as the second season of The Mandalorian has been, it hasn’t been without its share of controversy on the internet.

The majority of the social media strife has involved Cara Dune actress Gina Carano, who has posted several controversial Tweets to her official account. Recently, Carano hit back at her dissenters with a meme featuring Master Yoda.

Now, The Mandalorian’s title star, Pedro Pascal — who plans Mandalorian bounty hunter Din Djarin — has addressed some controversy of his own.

Recently, rumors have swirled that Pascal doesn’t like wearing the beskar helmet his character has on at all times — and that he has butted heads with showrunner Jon Favreau and executive producer Dave Filoni because of it.

The helmet-wearing, as most fans are probably already aware, goes along with Djarin’s acceptance of “The Way of the Mandalore” belief system.

In last week’s installment of The Mandalorian — Season 2, Episode 7 (Chapter 15: The Believer) — Djarin did finally take his helmet off in order to save Grogu from the hands of Moff Gideon (Giancarlo Esposito) and Pascal finally got the chance to show his acting chops without his full Mandalorian armor.

The actor, however, has indicated that all of the rumors are false and he actually doesn’t care one way or the other about the helmet as long as the Star Wars story gets told properly. As per the following video, shared by Aaron Corr on Twitter, Pascal recently told UK’s The One Show:

“That is not true actually [that he doesn’t like wearing the Mandalorian helmet]. It’s a really wonderful way of telling the story. It’s always been a very clear creed for the character, and the collaborative process of the whole thing has been, we’ve all been on the same page with this, I think. So I, you know, what I want is for them to make the best show possible, however they get that done.”

@GraceRandolph something that may interest you. Pedro Pascal just got asked a Mandalorian question about wearing the mask and rumours on live UK tv just now. pic.twitter.com/ttWVO7FgN9

There we have it, straight from the actor himself — Pedro Pascal has no issue with Din Djarin’s helmet.

There is no word on whether Star Wars Rebels and Star Wars: The Clone Wars fan-favorites Ahsoka Tano (Rosario Dawson) and Bo-Katan Kryze (Katee Sackhoff) will return for the season finale episode.

The third season of The Mandalorian will premiere at Christmas 2021. Creator Jon Favreau has confirmed he plans to shoot the upcoming season on-schedule.

What do you think? Will we see more of Pascal without his beskar in Season 3 and beyond of The Mandalorian as the Star Wars universe continues to expand beyond the Skywalker Saga?