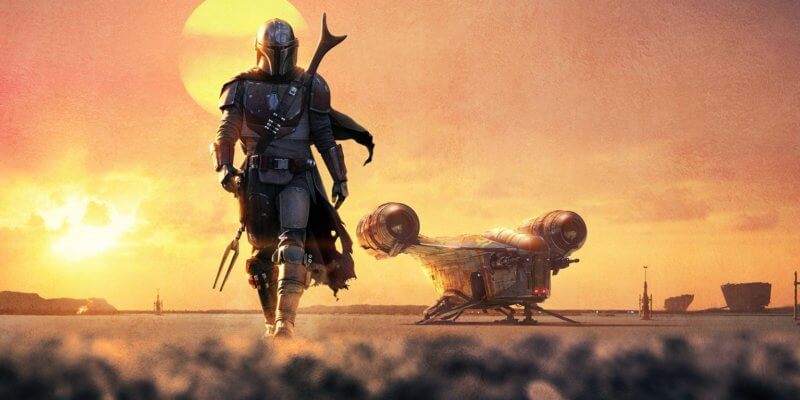 Before The Mandalorian debuted on November 12, 2019, the Star Wars fandom wasn’t exactly in a great place.

Star Wars: Episode VIII – The Last Jedi (2017) had divided fans — arguably more than any other film in the 40-year history of the Skywalker Saga — and everyone was pent-up wondering what was going to happen in Star Wars: Episode IX – The Rise of Skywalker, which didn’t release until December.

Then, we tuned into the newly launched Disney+ and met Din Djarin (Pedro Pascal) and The Child (who we now know is named Grogu) — and, suddenly, Star Wars felt authentic again. With The Mandalorian, Jon Favreau and Dave Filoni we got back the pared-down type of storytelling and out-of-this-world character development that made Star Wars so great in the first place, way back in 1977 when Star Wars: A New Hope hit theaters around America.

Today, The Mandalorian has already been renewed for a third season — debuting Christmas 2021 — and is reported to be getting a fourth season. It has sparked countless merchandise collections, attracted tens of thousands of fans (some of whom had never even watched Star Wars before the streaming series premiered), and accomplished the near-impossible — getting Star Wars fans to agree on something.

The “something”? That The Mandalorian is unarguably great.

Lucasfilm and Disney clearly agree. They’re betting on the hit show to serve as the new epicenter of the Star Wars universe – two spinoffs — Ahsoka, featuring Star Wars Rebels and Star Wars: The Clone Wars fan-favorite Ahsoka Tano, and Rangers of the New Republic — are set to debut alongside Season 3 – and we’re willing to wager that won’t be the last we see of Djarin and Grogu.

Pedro Pascal himself has spoken out about the potential for Mandalorian crossover series, telling ComicBook:

Pascal says his character “has to be” a part of the upcoming titles outside of his own. “Man, fingers crossed. How could you not?” he says. “This is like, this is something that’s so much bigger than all of us, and we’re all a passenger to it in a great way. And so, I find out, as it is decided and shared.”

This season alone, The Mandalorian has given fans so much to look forward to. Favreau and Filoni have introduced new characters like Mos Pelgo Marshal Cobb Vanth (Timothy Olyphant) and brought fan-favorites to life in live-action for the very first time — bounty hunter Boba Fett (Temuera Morrison) and his famous beskar armor, the aforementioned Ahsoka Tano (Rosario Dawson), and Bo-Katan Kryze (Katee Sackhoff) have appeared.

And, it would seem, the best is yet to come.

Do you want to continue seeing Din Djarin (Pedro Pascal) play Mando in a galaxy far, far away, even if it isn’t in The Mandalorian? The second season of the hit series concludes on Disney+ this week. You can look forward to the next new episode when Season 3 begins in December 2021.