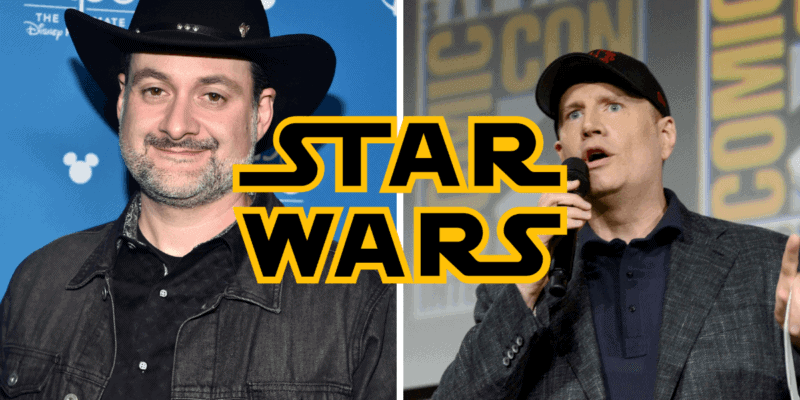 If you are a fan of Star Wars you have undoubtedly heard the name Dave Filoni.  From animation to live-action Star Wars series Dave Filoni has helped expand and refine the universe of Star Wars.  I think it is time for Filoni to helm the ship that is Star Wars and help get the Star Wars universe back on track.

Over at the other Disney owned powerhouse studio, Marvel, Kevin Feige sits as the President and oversees the creative direction of the studio. This means that each movie and series has a distinct creative direction and vision in the future that ties the Marvel Cinematic Universe together. Building off of fantastic source material from Marvel Comics, Feige has been able to create dozens of cohesive movies within the MCU.

Star Wars also has a plethora of source material. From cannon books, comics, movies, and television series, Star Wars has enough characters are storylines to draw on for more series and movies for years to come. Star Wars itself is a brand inside Lucasfilm, and Lucasfilm is lead by President Kathleen Kennedy. Lucasfilm has more than just Star Wars on its roster. So when I say I think Dave Filoni should be the Kevin Feige of Star Wars, I do not mean he should replace Kathleen Kennedy. Rather, I believe Dave Filoni should be leading all things creative for the Star Wars universe.

Filoni got his first big break directing on the critically acclaimed animated Nickalodian series, Avatar: The Last Airbender (if you have not watched this, do yourself a favor and binge it on Netflix). After Airbender, Filoni was offered a job by George Lucas to work on Star Wars animated series. He was a writer and director on Star Wars: The Clone Wars, and Star Wars Rebels, and eventually was promoted to lead all of Lucasfilm animation projects. Many of you already know this if you are big Star Wars fans. If you want to do some more digging into all the projects Filoni has worked on check out his IMDB.

While he was brought onto help with Jon Favreau’s new Star Wars series for Disney+, The Mandalorian, it is easy to see how his influence and background helped propel the show into the mega-hit it has become. If you watched the Disney Gallery: Star Wars: The Mandalorian series on Disney+ you can easily see the depth of knowledge and respect for Star Wars that Filoni has. In my opinion, he has a very clear grasp of George’s vision for the universe of Star Wars.

Just listen to Dave Filoni explain the prequel trilogy. It will make you view the prequel in an entirely new light.

After hearing that it makes me wonder what if Dave was in charge of the movies? What if this guy, that totally gets it, gets Star Wars, would be the one at the top making the creative story decisions?

If he was at the top would we ever have the (in my opinion) disaster that was Solo?

I believe Star Wars could be much more than it is right now. It could be like Marvel Studios, where every movie is a home run, they connect, they have the same through-line and tone. The Mandalorian series is proof of that. Name one Star Wars movie (not the original trilogy) that is better than an episode of The Mandalorian.

Thankfully we are getting more Star Wars series to Disney+. The untitled Obi-Wan Series is confirmed to begin filming in March of 2021. And rumors are continuously swirling online on other Star Wars characters that could get their own series like Ahsoka Tano, and Bo-Katan.

While we will just have to wait and see what comes next for Disney+ and the big screen I can firmly say that if they had Filoni at the lead creatively over all of the projects it would help keep the ever-expanding universe of Star Wars headed in the right direction.

So what do you think? Do you agree or disagree? Let me know in the comments!

Comments Off on OpEd: Why Dave Filoni Should be the Kevin Feige of ‘Star Wars’