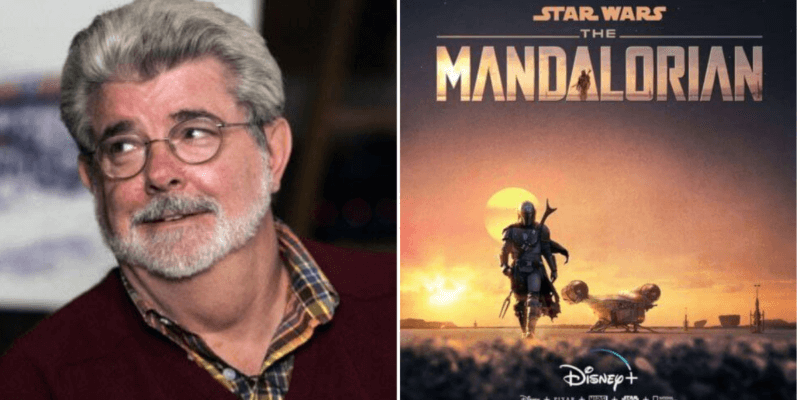 When it comes to the fans, Disney+ hit a home run with Star Wars: The Mandalorian. The spinoff series which takes place after Episode VI: Return of the Jedi launched Disney’s streaming service into a success. It has become the most in-demand streaming show and it has earned 15 Emmy nominations. Not to mention, it introduced the world to the lovable creature known as “The Child” or “Baby Yoda.”

But those are the fans. What about George Lucas?

Esquire reports — according to an interview conducted by The Hollywood Reporter — that writer and director Dave Filoni shared that he was able to sit down with Lucas during the making of The Mandalorian, and had this to say about George Lucas’s opinions on the project:

“Not a tremendous amount. We talk about other stuff. When I talk with him, I like to get more knowledge. He’ll give me some reminders, especially before I shoot something, about how many setups I should try to get in a day, and I might rack his brain for certain things about how to cover a scene. He’s been very complimentary. I think he’s enjoyed the show, and he said once [that] now he gets to watch it as a fan and watch it as a viewer. My job is to bring that knowledge forward and pass on what I’ve learned from him in every discipline to Jon and to the creative departments.”

Produced by Jon Favreau, The Mandalorian brought an edgy, western vibe to the Star Wars universe that strayed from the cleaner storyline of the Skywalker Saga‘s original trilogy. Centered around a bounty hunter, it has allowed Star Wars fans to dive further into the chaos that was left after the destruction of the second Death Star.

While the series has been true to the world Lucas created, it should be mentioned, though, that The Mandalorian did break at least one rule that he adamantly set when making the original six movies: no character should have glasses.

Disney’s former CEO Bob Iger also revealed last year that Lucas appeared upset and betrayed by how Disney went about creating the sequel trilogy. So, it appears that The Mandalorian has more George Lucas’ approval than The Force Awakens, The Last Jedi, and The Rise of Skywalker.

Season 2 of The Mandalorian is still scheduled to be released on Disney+ this October.