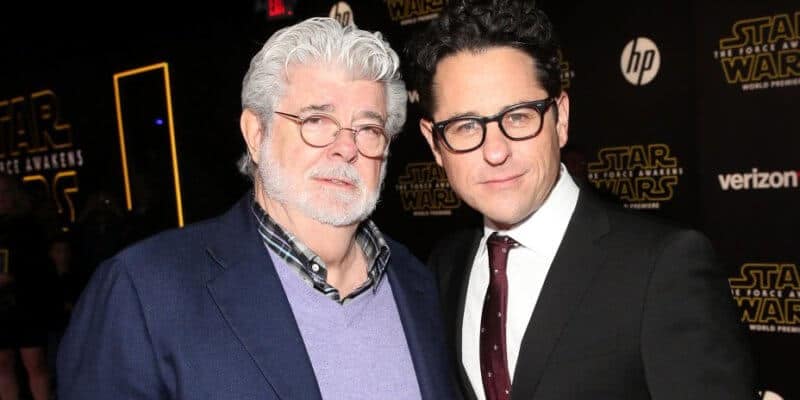 It’s been almost 15 years since George Lucas has made a Star Wars film.

The last film Lucas made was 2005’s Star Wars: Episode III: Revenge of the Sith, the third of the prequels in the nine-part Skywalker Saga, but that doesn’t mean he didn’t have ideas and hopes for where he thought the story might have progressed.

Lucas has always been open about how he thought his version of the saga would have come to a close–even after he sold Lucasfilm to Disney. In many ways, the story within the nine-episode saga has been in the planning stages since the early 1970s when Lucas first wrote The Star Wars. And since the entire franchise began as the imaginative brainchild of Lucas, he’s really been the only person who was able to see the whole picture of that story from beginning to end.

Actor Mark Hamill says he first heard about Lucas’s idea for a sequel trilogy in 1976, a year before the first-ever Star Wars film hit the box office. According to Hamill, Lucas said he wanted there to be 12 films in all and that the ninth film would be filmed sometime in 2011 when Hamill was the right age. And Lucas never stopped planning those films. Over the years, Lucas had been tight-lipped about the details of future films, but when he sold Lucasfilm to Disney in 2012, he began to talk more openly about what Star Wars might have been if he had remained at his post.

Many of Lucas’s visions for the films came to fruition

Lucas says that he had plans for a trilogy from the very beginning. But the story only started to truly take shape in Lucas’s mind as he prepared to sell Lucasfilm, his thought being that he’d be able to give direction about his ideas for those new films to whichever entity purchased Lucasfilm. Once in 2015, Lucas said that he wanted the sequels in his trilogy to represent another generational change.

“The original saga was about the father, the children and the grandchildren,” Lucas explained at a Tribeca Film Festival panel that year.

Not only would Lucas’s sequels involve a return of the original cast–as they have done so far–but the sequels were also supposedly going to cover the stories of Anakin Skywalker’s grandchildren who would be around age 20 so that the new films didn’t feel like a repeat of The Phantom Menace. In the book The Art of Star Wars: The Force Awakens, there is a Jedi named Kira who is a hot-headed loner, as well as another young person called Sam who doesn’t appear to have Force powers. Sam and Kira gradually shifted into Rey and a bit of Finn.

Lucas also had plans for an arc to the original Star Wars for Luke Skywalker. Phil Szostak, author of the art books for The Force Awakens and The Last Jedi gave a description of Luke’s character in this tweet:

So, the late-2012 idea of a Luke Skywalker haunted by the betrayal of one of his students, in self-imposed exile & spiritually in “a dark place”, not only precedes Rian Johnson’s involvement in Star Wars but J.J. Abrams’, as well. #TheLastJedi 3/3 (I lied) pic.twitter.com/MCoqndytAF

So it would seem that the Luke Skywalker George Lucas was planning involved a time of self-exile and being haunted by a betrayal. Lucas also envisioned a somewhat grizzled, older version of Luke, similar to the character in Episode XIII. And these ideas were Lucas’s long before Rian Johnson or J.J. Abrams became involved.

Some of Lucas’s visions, however, did not

One of the ideas that Lucas had for the sequels focused on the “microbiotic world.” Fans would finally get a deeper insight into the Force and how it works for those who have it. Lucas was going to take fans in for a better look at midi-chlorians, which were first mentioned in The Phantom Menace. Lucas planned to introduce fans to the “Whills,” which is an ancient life form that feeds on the Force. Essentially, says Lucas, the Whills are the Force, and those with the Force have midi-chlorians that communicate with the Whills, giving the powerful beings the ability to control the galaxy far, far away.

Somewhere around 1975, George Lucas had copious notes and quotes about the Whills compiled into the Journal of the Whills. He had hoped to use that “journal” as a historical text for the Star Wars universe he created. It was to be the story of the galaxy–but told by the life form itself.

Needless to say, fans were never introduced to the Whills.

Lucas had opinions about the sequels Disney produced

After seeing The Force Awakens for the first time, Lucas responded by saying “I like it. I think the fans are going to love it. It’s very much the kind of movie they’ve been looking for.”

And though that sounds like a huge stamp of approval from Lucas, some say Lucas was giving faint praise at best. He says he’s always been disappointed that fans didn’t really understand Star Wars like he wanted them to, so saying that “fans will love it” doesn’t necessarily mean it was what he wanted.

“It’s actually a soap opera,” he explained, “and it’s all about family problems; it’s not about spaceships.”

Lucas says that J.J. Abrams and Disney had the goal of making a film for the fans.

“[Abrams and Disney] decided they didn’t want to use those stories,” he said, “so they decided they were going to do their own thing so I decided, ‘Fine.'” It seems that Lucas was disappointed in the decision because he wanted his version of the story told. In The Story of Science Fiction, Lucas talks about what he would have done. “If I’d held onto the company, I could have done it,” he said. “Of course, a lot of the fans would have hated it, just like they did Phantom Menace.”

Lucas felt that if he had not sold Lucasfilm, he would have been able to tell the story as he had imagined it: “At least the whole story from beginning to end would be told.”