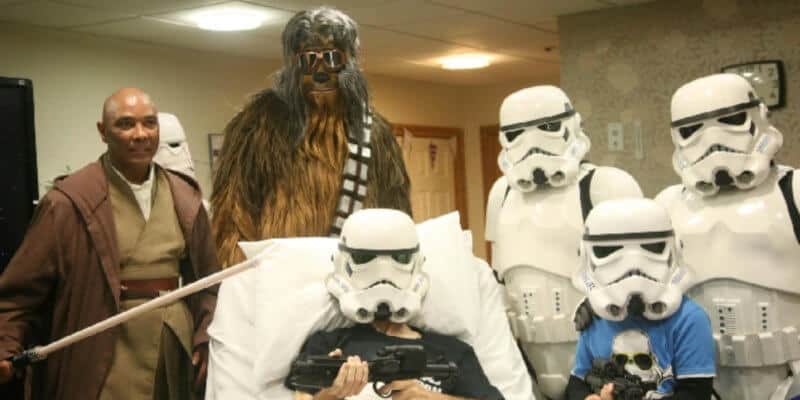 Disney CEO Bob Iger recently made arrangements for a terminally ill Star Wars fan to attend a private, advanced screening of Star Wars: The Rise of Skywalker prior to the film’s release so he would be able to see the end of the Skywalker Saga before passing away.

On this Thanksgiving, we at @Disney are grateful to be able to share #TheRiseOfSkywalker with a patient and his family @RowansHospice. May the force be with you and with us all!

Rowans Hospice in Hampshire, England created social media posts on the fan’s behalf sharing his wish to experience the end of the current Star Wars trilogy and the posts eventually reached Bob Iger who tweeted on Thanksgiving that Disney was able to make the screening of Star Wars: The Rise of Skywalker happen early for the fan and members of his immediate family.

Mark Hamill heard the news as well and shared his gratitude via Twitter for Bob Iger and the Walt Disney Company making special arrangements for this fan:

Many thanks to @RobertIger & everyone at @Disney for making this happen! Hope the Rowan Hospice patient not only enjoyed the film, but gets an extra-special satisfaction in knowing he saw it before I did. https://t.co/qpECeomcCX

Rowans Hospice recently issued a statement sharing “the biggest thank you to everyone that has helped make this happen,” explaining that Bob Iger and Disney’s efforts in getting the screening set up “helped to make some wonderful memories during a horrible situation.”

The patient was able to enjoy the private screening with his son on Friday, November 29. His wife also shared her appreciation for the two to be able to share in the excitement of the final installment of the Skywalker Saga stating that she was “truly humbled by everyone’s support.” His wife continued she share her thanks by reporting that “witnessing the outpouring of generosity has been amazing.”

Mark Hamill is very engaged with the Star Wars fan community on Twitter and it is heartwarming to see the bonds he shares with his fans expand into areas of their lives where they may need it most.

With the film opening in theaters on December 20, Disney understandably would not extend an offer for a private screening unless the circumstances really necessitated it, and it’s always nice to see such a heartfelt gesture made for a fan in need of something to brighten their current situation.