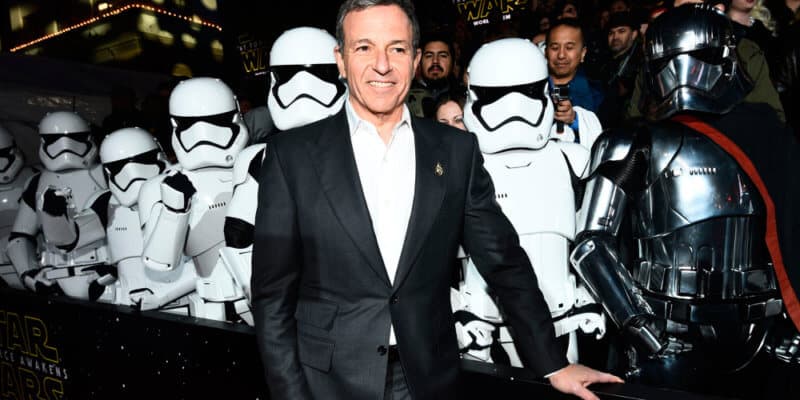 But the Disney Chairman and CEO just admitted again that the company released “too many  Star Wars films over a short period of time.” Here’s the latest scoop.

In a recent interview with BBC to promote his new book, The Ride of a Lifetime, Iger reiterated his thoughts on how Disney has approached Star Wars.

“I have said publicly that I think we made and released too many Star Wars films over a short period of time,” the Disney executive shared. “I have not said that they were disappointing in any way. I’ve not said that I’m disappointed in their performance. I just think that there’s something so special about a Star Wars film, and less is more.”

The Chief Executive Officer is referring to an interview from back in 2018 with The Hollywood Reporter when he commented on the quantity of Star Wars films Disney had released since the company acquired Lucasfilm. “I made the timing decision, and as I look back, I think the mistake that I made — I take the blame — was a little too much, too fast. You can expect some slowdown, but that doesn’t mean we’re not going to make films,” Iger said last year.

And a few months later in April 2019, Iger admitted that Disney plans to hit pause on Star Wars films after the release of J.J. Abrams’s Star Wars: The Rise of Skywalker this December. But just like in his September 2018 interview, the Chairman and CEO reminded audiences that Episode IX won’t be the end of Star Wars

“We will take a pause, some time, and reset because the Skywalker saga comes to an end with this ninth movie,” Iger stated. “There will be other Stars Wars movies, but there will be a bit of a hiatus.”

Of course, we know that The Rise of Skywalker isn’t the end of Star Wars films on the big screen. The film is expected to be a total hit at the box office. Fans of the Star Wars franchise still have a lot more to look forward to — and it’s not just content coming to Disney’s new Disney+ streaming service, which launches on November 12.

Even though Lucasfilm president Kathleen Kennedy recently shared the news that Game of Thrones showrunners David Benioff and D.B. Weiss would be leaving their Star Wars trilogy, there’s still a lot more coming. We already know that Rian Johnson is working on a Star Wars film project on his own, and it wasn’t too long ago that we learned Marvel head Kevin Feige had also signed on to become part of the Star Wars family and work on his own film (or films?).

We don’t yet know the set dates for when any new Star Wars films will be hitting theaters in the future. But if waiting longer means great quality movies, then we know we aren’t the only Star Wars fans who can’t wait to see what’s next for the franchise.