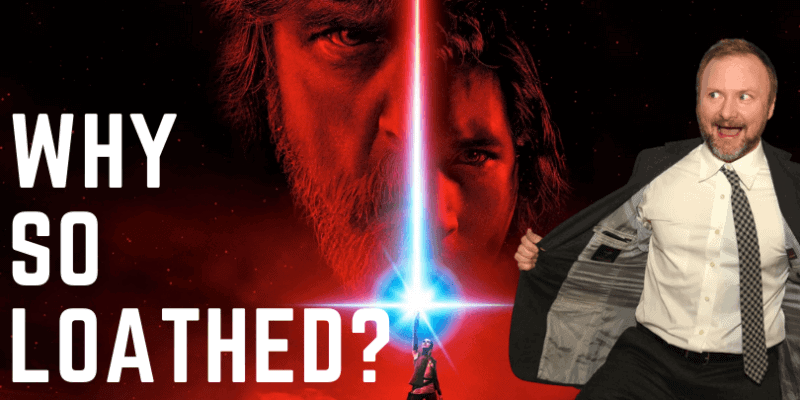 Star Wars Episode VIII: The Last Jedi: If there’s a more divisive film out there, we’re yet to find it. The second chapter of the sequel trilogy marked a huge change not only in the direction of the saga, but the mindset of every Star Wars fan out there.

Some loved it, calling it the greatest entry into the franchise since Empire Strikes Back. Then, on the other hand, a subset of the fandom called (and continue to call) it an abomination that betrays George Lucas and everything a Star Wars movie should be. They said it ruined their childhood.

December 2017 was a very dramatic time.

But objectively speaking, is Star Wars: The Last Jedi a good movie? Or even a good Star Wars movie? Well, it’s impossible to be completely objective about film, that’s just a fact. But I’ll do my best to critically analyse the eighth entry into the Skywalker Saga and try to understand where it fails and where it’s actually excellent.

So, first: the good.

Director Rian Johnson gave us a Star Wars film that didn’t try to just be a modern recreation of the original trilogy (looking at you Force Awakens).

While it’s clear that the entire sequel trilogy suffers dreadfully from a lack of a cohesive vision, in my opinion The Last Jedi at least offers its own style and MO for the series. Where The Force Awakens and Rise of Skywalker director J.J. Abrams clearly tried to create A New Hope 2.0, Johnson put his own stamp on the series.

And it wasn’t for hubris, or to be controversial, and it definitely wasn’t to ruin your childhood. I believe he did it because just two movies into the Disney series and Star Wars had already become stale. The Force Awakens was received warmly as it was essentially everything the prequel trilogy wasn’t (fluid, grimy, and fun), but looking back on it, it’s a very safe movie.

Johnson said “nah, let’s not just do the original trilogy again; let’s make something new.” And for that he should be applauded. Why else do you think Supreme Leader Snoke is unceremoniously killed off and the mystery behind Rey’s parents becomes null-and-void? It’s to keep the audience excited and invested and to avoid hitting the same beats as the original trilogy.

Which leads me to believe that…

Whether you think The Last Jedi is the best Star Wars movie or the worst, I think we can all agree that the lack of solid direction is the sequel trilogy‘s biggest issue. It’s what makes the return of the beloved character of Palpatine feel so horrifically jarring in ROS.

Had either Abrams — but preferably Johnson — overseen the entire trilogy, we’d have been given a Star Wars trilogy that didn’t feel like it was made by eight different people. We’d either have an entire trilogy that either essentially remade Episodes 4-6 (Death Star and all) or one that did something entirely new, most likely creating a much more creative premise than what we got.

Personally, I’d have much rather seen the latter. But a creative vision isn’t the only thing that The Last Jedi offered in spades.

The Last Jedi is the most visually appealing Star Wars film 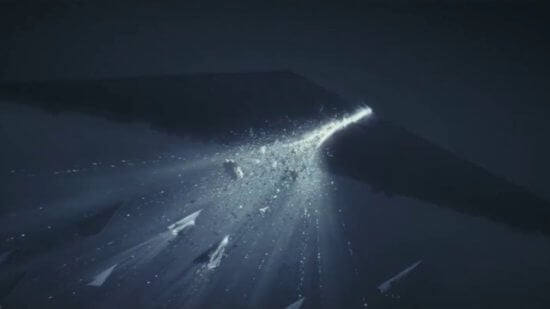 Say what you want about Johnson, but I think he did an amazing job with the look of this movie. It seems cliche to mention it, but the “sliced Star Destroyer” scene will forever be a stand out moment in the Star Wars saga.

Scenes like the Crait battle between a force-projected Luke Skywalker and Kylo Ren also remain visually striking and highly impressive. The Rise of Skywalker also has some gorgeous looking moments, but The Last Jedi is arguably more consistent.

The Last Jedi takes a beloved character and makes him real

I’ll admit, I was unimpressed with The Last Jedi‘s treatment of Luke the first time I watched it. Seeing my third favorite Jedi (after Qui-Gon Jinn and my boy Plo Koon) reduced to a bitter old man was pretty rough, especially as Return of the Jedi saw Luke become his best (and most powerful) self.

Then I realised it. Johnson turned this Jedi Master into a real, three-dimensional character with demons and regrets. Luke Skywalker turns from an archetypical ‘hero’s journey’ protagonist into a real person who made a big mistake.

Though I’m still not keen on him yeeting his father’s lightsaber into the distance, and I, like Mark Hamill, am very sad that the core trio of Luke, Han, and Leia never got to reunite on screen, I think the portrayal gets more stick than it deserves.

Luke’s redemption is one of the coolest arcs in recent years, and regardless of what you think of the writing, we can all agree that Mark Hamill acts the hoth out of the role that made him.

However, The Last Jedi certainly isn’t a perfect movie and has a number of issues.

The Last Jedi shreds Finn’s character arc for no reason 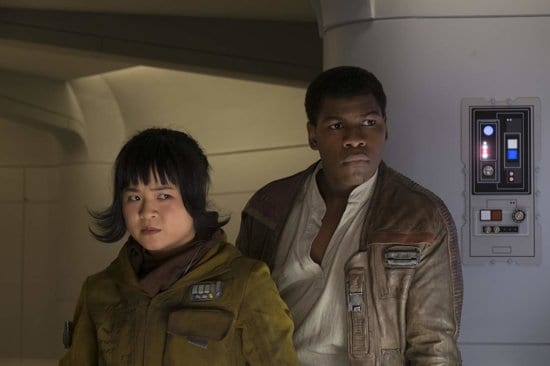 Though I’d argue that the film greatly improves and expands on the stories of Rey, Luke, Poe, and Kylo, the best character of the previous film gets majorly shafted.

Finn was a breath of fresh air in The Force Awakens, as John Boyega’s quick wit paired with a genuinely interesting character background made for a compelling protagonist. The trailer hints that Finn would also be force sensitive only made him more enticing.

However, The Last Jedi pretty much obliterates Finn’s character development and “resets” him for the sake of giving him something to do. His plot line is in my opinion easily the film‘s dullest, despite co-star Kelly Marie Tran giving an earnest performance as Rose Tico. I won’t even touch on the disgraceful treatment the actor received from internet trolls as she’s much more than her controversy.

Still, poor Finn basically feels like a new character and barely gets any screen time with Rey and Poe, making their friendship in The Rise of Skywalker feel even more forced. 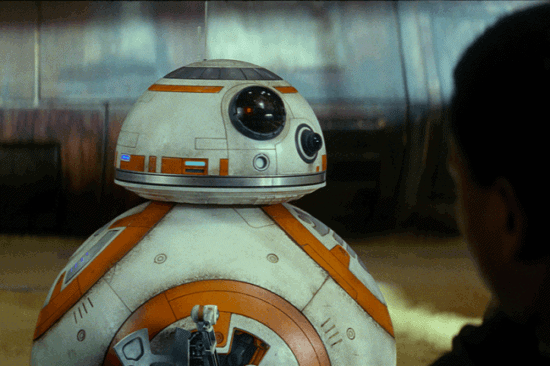 Every Star Wars movie has a moment purely for the kids or a silly goof that makes no sense. A New Hope has the stormtrooper hitting his head, Return of the Jedi has the Ewoks, and Empire has … ok, maybe Empire is just a perfect film.

But The Last Jedi has some really silly moments. I can accept BB-8 shooting coins at a little alien and even the shoe-horned in commentary about greed and animal exploitation, but the ‘floating Leia’ bit? Come on.

The late Carrie Fisher gives a wonderful performance as General (formerly Princess Leia), but the moment where she uses the force to ‘Mary Poppins’ her way back to her ship is just absurd.

Some people love this moment, but for me, it is a step too far into the fantasy side of science-fantasy. Note, this is a reflection on a creative decision behind-the-scenes, not Fisher’s performance. 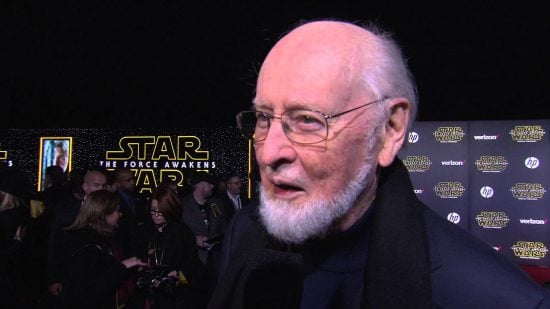 I believe the greatest sin a Star Wars soundtrack can commit is to be entirely unmemorable, which is sadly what both The Last Jedi and The Rise of Skywalker are.

While there are some great homages to George Lucas‘s original movies, composer John Williams introduces no compelling new melodies. The Force Awakens did a great job with Rey’s theme, the Resistance theme, and Kylo Ren’s theme. But here? Nada.

The film over-relies on the force theme more than anything else and fails to create anything new. Remember The Phantom Menace‘s Duel of the Fates, Attack of the Clones‘ Across the Stars, or Revenge of the Sith‘s Battle of Heroes? Well, prepare to be disappointed this time as there’s nothing so iconic on display here. 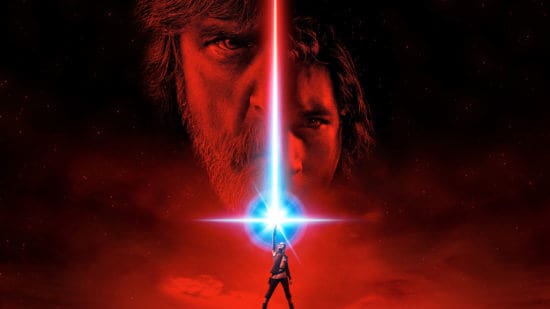 Overall, in my personal opinion, The Last Jedi is both a good Star Wars movie and just a good movie in general.

The good outweighs the bad and had Lucasfilm stuck to its convictions and expanded on the ideas presented here, the Star Wars franchise could’ve evolved instead of resorting to referencing Darth Vader every two seconds for cheap fan nostalgia.

Writer Director Rian Johnson did a great -i though not flawless — job of expanding on the world of The Force Awakens and an admirable attempt to introduce new, subversive plot elements that didn’t just retread old ground.

Sadly, in my opinion The Rise of Skywalker came in and clumsily and retroactively undid everything in Johnson’s movie to attempt to appease disgruntled fans. If there’s any film in the Disney sequel trilogy that is legitimately a bad movie, it’s the third entry. But that’s a story for another day.

Star Wars has survived despite this, with shows like The Clone Wars and The Mandalorian more than making up for the sequel trilogy‘s poor verisimilitude. Hopefully, time will allow people to see The Last Jedi for what it is — a breath of fresh air and a radical new first step in what could’ve been.

Fingers crossed Johnson eventually gets that trilogy that he deserves. I’ll be first in line to see it.

Do you agree with my analysis of The Last Jedi? Let us know in the comments below.