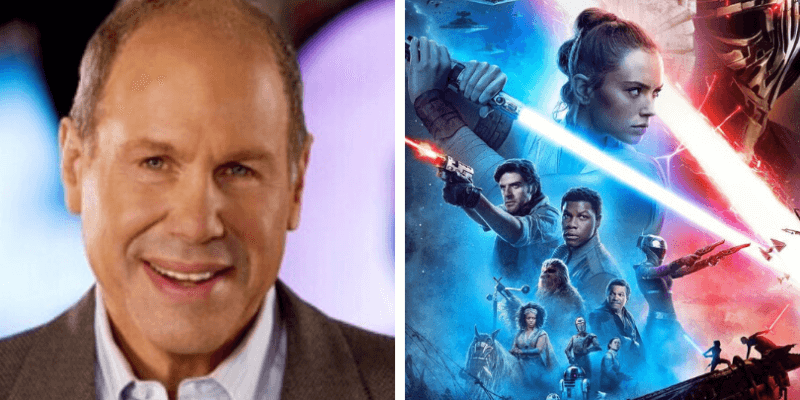 Former CEO of the Walt Disney Company, Michael Eisner, took to twitter to share his review of the latest Star Wars productions.

His assessment: Star Wars: The Rise of Skywalker “is an acceptable film, a lot of story and fan delights but somewhat emotionless.” And The Mandalorian “establishes show creator Jon Favreau as the new George Lucas,” confirming current CEO Bob Iger‘s earlier statement.

#RiseofSkywalker is an acceptable film, a lot of story and fan delights but somewhat emotionless, while #TheMandolorian on @disneyplus establishes show creator @Jon_Favreau as the new George Lucas which @RobertIger had the foresight to declare.

Eisner later clarified his comment, explaining that while the lead actress, Daisy Ridley played a role that was designed to be lacking emotion, she played the role excellently.

“Daisy Ridley played Rey throughout the film with one expression: awe/fear until the very end of the film when she reveals her name. That’s what I meant by a film that somewhat lacked emotion.

“In my previous comment I didn’t mean to suggest that Daisy Ridley acted poorly. On the contrary, she was excellent. The choice of attitude for Rey was intended and seems to fall on the philosophy of the character.”

His three comments on twitter have sparked a good amount of conversation and rebuttals with over 120 replies and hundreds of retweets combined at the time this article was written.

Star Wars: The Rise of Skywalker earned only $177 million on opening weekend and a 54% from Rotten Tomatoes. The Film was also hit with a 59% drop in the box office on its second weekend. While it’s managing to still stay at the top of the box office against competition like Jumanji: The Next Level, one has to ask what Eisner defines as “acceptable.”

Did you know: Eisner introduced Star Wars into Disney Parks

According to the Disney+ Original Show, The Imagineering Story, Michael Eisner gave the Imagineers the green light to begin building the relationship between Disney and Star Wars with the creation of Star Tours.

Opening in Disneyland on January 7, 1987, Star Tours was one of the first simulator rides to hit theme parks. It was the start of a partnership that would lead to Disney’s acquisition of Lucasfilm, and the creation of Star Wars: Galaxy’s Edge.

What did you think of Star Wars: The Rise of Skywalker? Did you think it was acceptable? Let us know in the comments!