Because of Eisner, Bob Iger wasn't a favorite contender for Disney's CEO - Inside the Magic 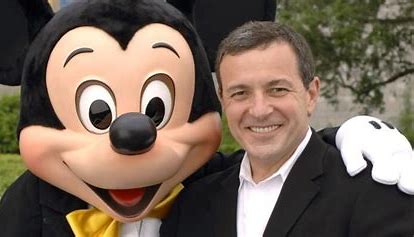 Bob Iger has been at the helm of The Walt Disney Company for almost 15 years, but his tenure as CEO almost never happened.

In the late ’90s, speculation began on who was going to replace Michael Eisner. But according to former Disney Chairman Jeffery Katzenberg, that person was not going to be Bob Iger.

“You need to leave,” Katzenberg told Iger one morning. “You’re not going to get this job. Your reputation is tarnished. You should go do some pro bono work to rehabilitate your image.” This tarnishing Katzenberg is referring to is simply Iger’s association with Eisner.

Now, this would look like a slap in the face, but here was the situation.

The Eisner Dynasty came to an end after a period of intense controversy in the which included: 1) A period of gratuitous expansion which was extremely unsympathetic to the Disney brand (yes, even more when compared to how some argue it is now), 2) a messy divorce with Steve Jobs, and 3) an all-out PR battle between Michael Eisner and Walt Disney’s nephew, Roy E. Disney.

It was presented as a battle for the soul of The Walt Disney Company, and Iger was caught on “Team Eisner.” Eisner also made the mistake of bringing in Michael Ovitz as his #2. That mistake cost the company a $140 Million Severance package for Mr. Ovitz. So, yes, it would make sense to suggest Iger find a way to separate himself.

“Part of it was my association with, I was just tarred with the same brush,” Iger said in a recent New York Times interview. “And part of it was that, at least to the board–talk about having to subjugate my own ego–it was his company and I was a second-class citizen.”

In the end, there was no need for Iger to leave. He rose to the CEO position after Eisner’s retirement on October 1, 2005. In the near 15 years, he’s been at the helm, Iger has indeed separated himself from Eisner’s legacy. He repaired Disney’s relationship with Steve Jobs. He bought Pixar which is a move credited by some to save Disney Animation. While Eisner bought arguably obscure companies like Touchstone and Miramax, Iger brought in more appropriate companies like Marvel and Lucasfilm.

Iger has also has backtracked on Eisner’s legacy in the seen and unseen aspects of Disney Parks. Under Iger, we finally saw the extermination of the Extra-Terror-estrial Alien Encounter. Walt Disney World’s Downtown Disney has been transformed for the better into Disney Springs. And Disney has acquired more control over Disneyland Paris, and access to Mainland China was finally achieved with the creation of Disneyland Shanghai.

Connection to Michael Eisner was just one of the many hurdles Bob Iger had to overcome in his career. He has overcome it with strong determination and keeping his ego in check. Bob Iger looks to pass the mantle in 2021. The moral of his story: don’t write anybody off just yet.