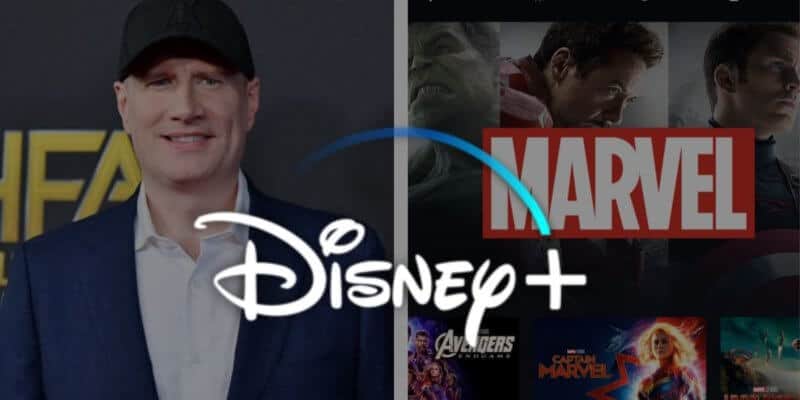 But one of the most highly anticipated pieces of Disney+ was all of the Marvel content that would be coming. From MCU films like Avengers: Endgame and Guardians of the Galaxy Vol. 2 to Marvel series like Marvel Hero Project and Marvel Runaways the Disney+ content has MCU fans binging like there’s no tomorrow.

But that’s not all because MCU fans have a lot to look forward to thanks to upcoming spinoff series such as The Falcon and the Winter Soldier and WandaVision, which Kevin Feige, the Marvel Studios president and Marvel chief creative officer, is now saying will expand the Marvel Cinematic Universe to “even bigger and better heights”.

During a presentation at CCXP in Brazil, Feige said “I’ve been [at Marvel] for almost 20 years. And being able to build the MCU, and build a 23-movie Infinity Saga was great.”

But now that the record-breaking box office hit, Avengers: Endgame, has officially wrapped up longest-running storyline in the MCU, Feige started to think, “What can we do next?”

Well, that is where Phase 4 comes in. Upcoming films such as Black Widow, which will be set between the events of Captain America: Civil War and Avengers: Infinity War, as well as The Eternals and Shang-Chi and the Legend of the Ten Rings, will start off the next phase of the MCU.

But that’s not all because Disney+ now “gives us this opportunity to tell even deeper stories on characters that you already know and love, like The Falcon and the Winter Soldier, like WandaVision, like Loki, in a new type of cinematic way that we haven’t done before.”

And now, for the first time ever, the upcoming Disney+ shows will intertwine with the MCU movie franchise and are expected to tell “even deeper” stories of some of our beloved MCU characters such as Loki (Tom Hiddleston), Scarlet Witch (Elizabeth Olsen) and Vision (Paul Bettany).

“We’ve already started shooting two of them, and they’re very, very special,” Feige said speaking of WandaVision and The Falcon and the Winter Soldier. “And will all, for the first time, interlink. So the MCU will be on your TV screen at home on Disney+, and interconnect with the movies, and then go back and forth. It’s exciting to expand the MCU to even bigger and better heights.”

Other MCU series that will start production in 2020 include Ms. Marvel, Moon Knight and She-Hulk, all of which will feature MCU characters who will one day cross over into the films.

And what else can MCU fans look forward to? These are the known upcoming Marvel projects this far:

Are you excited to see the upcoming MCU Disney+ series? Let us know in the comments.