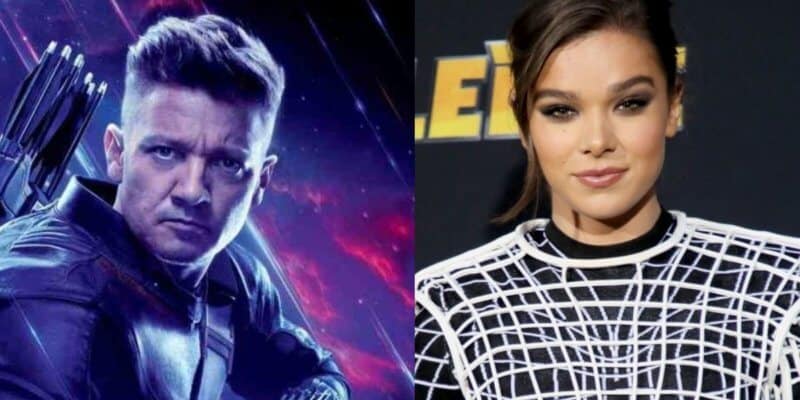 Fans are anxiously awaiting the return of Jeremy Renner in the new “Hawkeye” series coming to Disney+, but we may have just found out who will be his costar.

Earlier this year, Marvel fans everywhere were ecstatic when they learned that Marvel Studios and Disney were bringing a live-action television series to Disney+ focused around the beloved Avenger, Hawkeye. Now we just found out that Disney has recently confirmed they plan to bring the character of Kate Bishop as a co-lead for the series.

It has been rumored that Hailee Steinfeld, star of “Spider-Man: Intro the Spider-verse,” has been offered the role of Kate Bishop. It is unclear at this time if Steinfeld has accepted the offer, but regardless, fans have certainly showed their enthusiasm and are very impressed by the casting.

It didn’t take long before Twitter starting to blow up with excitement over the Steinfeld-Kate Bishop rumors. Now we just have to wait and see if Steinfeld accepts the offer. (Fingers crossed!)

Hailee Steinfeld is an American singer, songwriter, and actress. She is best known for her roles in “Spider-Man: Intro the Spider-verse,” “Ender’s Game,” “Romeo & Juliet,” “Begin Again,” and “3 Days to Kill.” She has also been nominated for the Academy Award for Best Supporting Actress in “True Grit” for her role has Mattie Ross.

Marvel’s new series, “Hawkeye,” is currently being eye for a Fall 2021 release on Disney’s new streaming service, Disney+, and although fans don’t know much yet about the series, we do know Jeremy Renner will be returning as the beloved Avenger.

Fans of the MCU can also look forward to other original series coming to Disney+, such as “Loki,” “WandaVision,” Marvel’s “What If?,” and “The Falcon and the Winter Soldier.”

Disney+ launches in the U.S. on November 12.

Are you happy with Hailee Steinfeld possibly taking on the role of Kate Bishop?

Comments Off on Has Disney found their new co-star for Disney+ series “Hawkeye”?