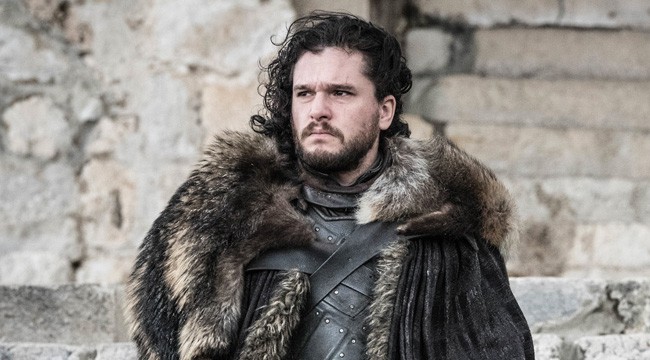 With HBO’s fan-favorite “Game of Thrones” series behind us now, Kit Harington’s career path may seem to be up in the air, but today’s Walt Disney Studios panel at the D23 Expo confirms that Jon Snow will be joining the Marvel Cinematic Universe!

Lots of Marvel and Disney announcements are coming out of this weekend’s D23 Expo, and we’re thrilled to confirm that Kit Harington will in fact be a part of the MCU playing the role of Dane Whitman/Black Knight in “The Eternals” (opening in theaters November 6, 2020). He’ll be joining a cast that includes Angelina Jolie, Salma Hayek, Richard Madden, Brian Tyree Henry, Kumail Nanjiani, Lauren Ridloff and Don Lee.

This announcement out of today’s panel confirms our speculation that Harington had been in talks with Marvel President and Producer Kevin Feige and we’re interested to see where this role takes him as we get into Phase 4 of the MCU.

Given the actor’s popularity on “Game of Thrones” as Jon Snow–we have high expectations for his performance in the MCU and we can’t wait to see him portray Dane Whitman!

At this weekend’s D23 Expo, we’ve also learned more about the Phase 4 for the MCU along with planned series that could be coming to Disney+ when the new streaming platform launches this November. So the possibilities for where Harington could fit in are seemingly endless!

What we know so far is that four Marvel movies will be joining Disney+ for its November 12 launch: “Iron Man,” “Iron Man 3,” “Captain Marvel,” and “Thor: The Dark World.” Fans of “Avengers: Endgame” won’t have to wait too long for this film to hit the streaming service as the cataclysmic MCU movie will join the Disney+ lineup on December 1.

Are you excited to see Jon Snow join the MCU? Let us know what you’re most excited for with Marvel’s Phase 4 in the comments!

Comments Off on CONFIRMED: Game of Thrones’ Kit Harington is joining the Marvel Cinematic Universe!