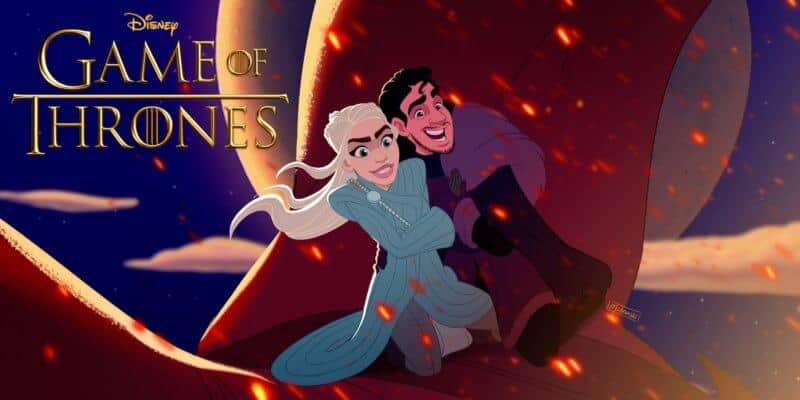 Just as “Game of Thrones” enters its eighth and epic final season, a different perspective on the series emerges online. Artists from Brazil’s Combo Studio have reimagined characters from the HBO series as if they were part of a Walt Disney Studios animated feature.

From the white walker to King in the North and Mother of Dragons to Melisandre, familiar faces from fantasy series show up in the animated form. Faithful to their appearances in “Game of Thrones,” these cartoon characters merge Disney magic with memorable scenes from the series. 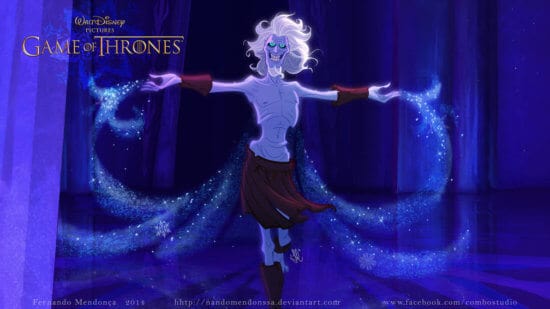 Brazilian artists Anderson Mahanski and Fernando Mendonca merged the magic of Disney-style animation with key characters from worlds of “Game of Thrones.” The images appear on the website of Combo Estudio, a company that has done work for Disney, Universal, and Netflix. Mendonca’s experience also includes work at Mercury Films, the company responsible for the Disney animated series “Mickey Mouse,” “The Lion Guard” and “Tangled.”

Who will sit upon the animated Iron Throne?

By applying artistic license, Mahanski and Mendonca give “Game of Thrones” the appearance of a much more approachable, family-style show. Look into the flames, or just scroll down to see these adorable adaptations. Will they pause and break out in a Disney style song? More importantly, which of them will ascend to the coveted Iron Throne and rule the Seven Kingdoms.

A Lannister always pays his debts 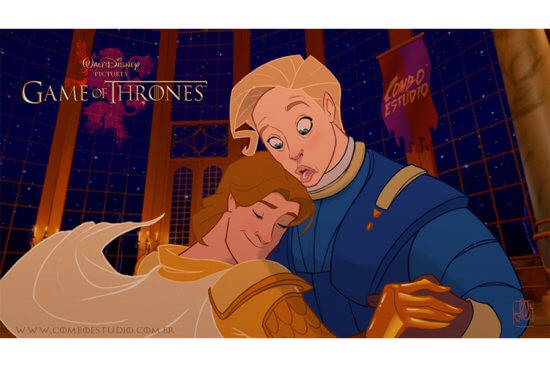 Cersei seems at home in the wine cellar. 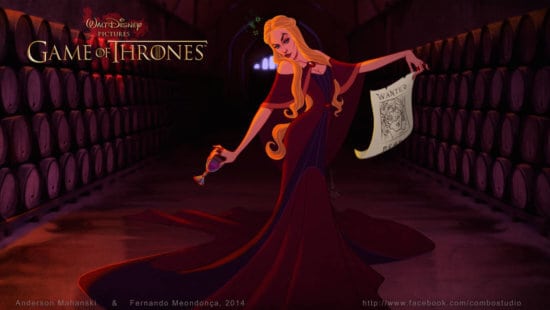 Tyrion Lannister shows that he does indeed drink and know things. 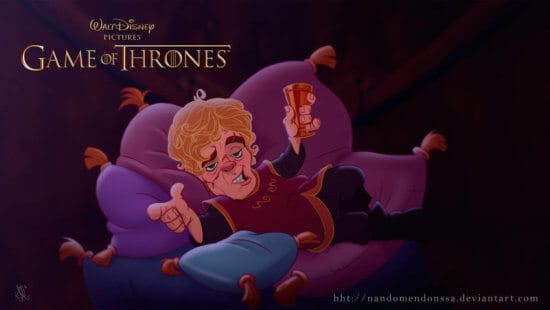 Daenerys Targaryen, aka “Mother of Dragons” relaxes with her “child.” 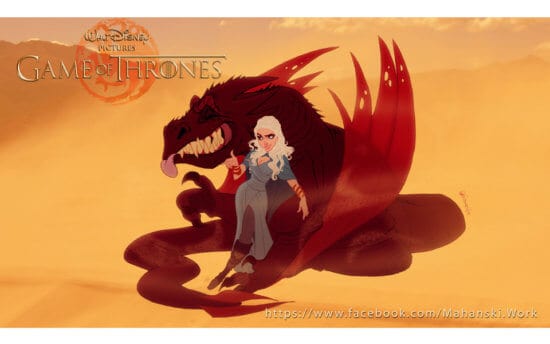 Daenerys and Jon Snow soar on the next best thing to a magic carpet: the wings of a dragon. 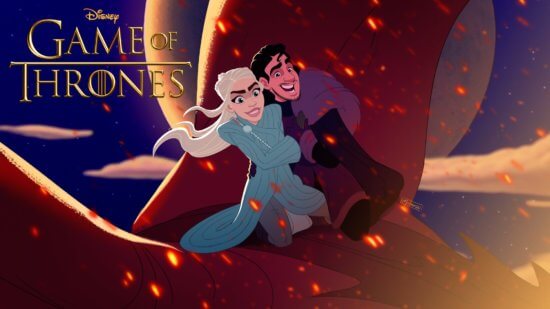 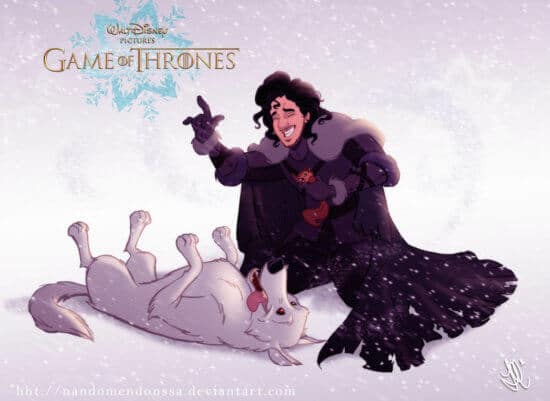 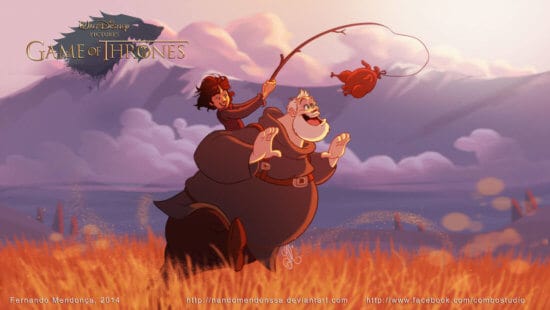 Arya Stark glares at the Hound. 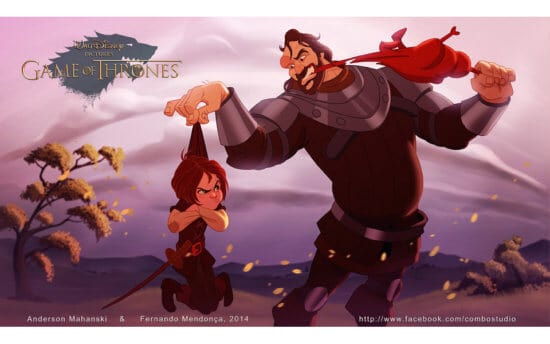 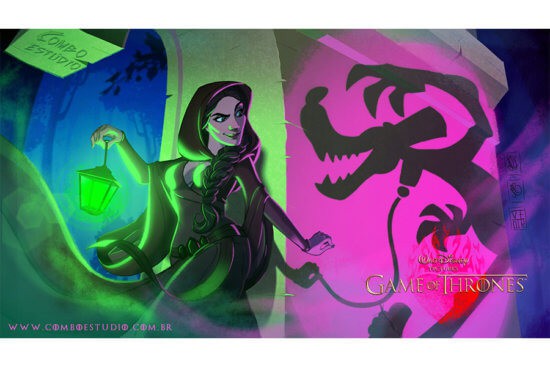 Varys literally chats with his sparrows. 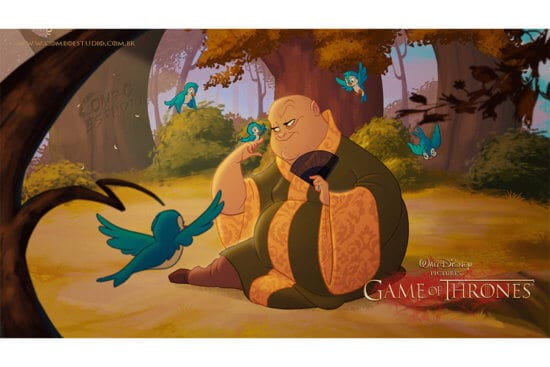 Oberyn is defeated by the Mountain. 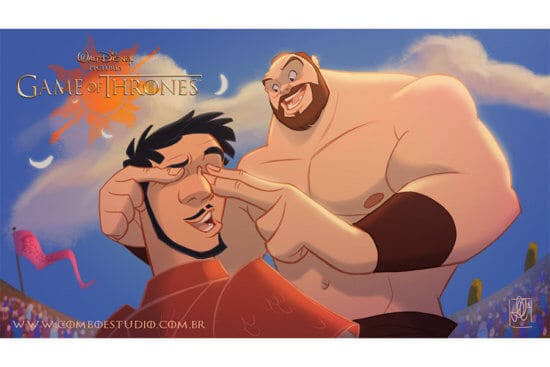 The undead spread some frozen magic

The images evoke a more tame take on the usually graphic violence often seen in the HBO series. Which begs the following question – could a cute, watered-down version of “Game of Thrones” work as an animated series?

Which Disney-fied “Game of Thrones” character do you favor to sit upon the Iron Throne? In lieu of dispatching a crow, share your thoughts in the comments.