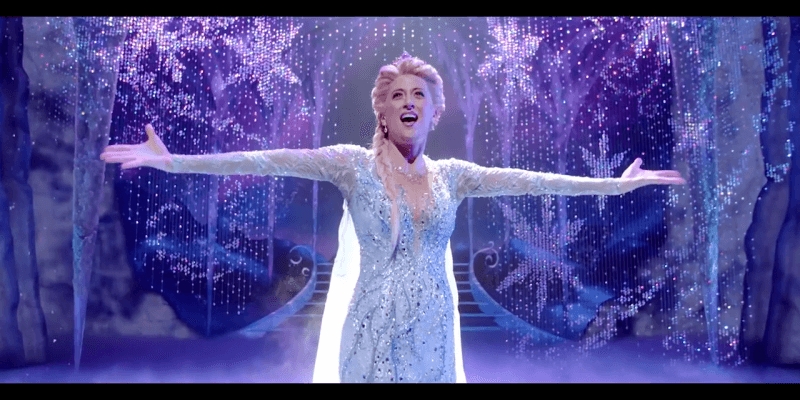 Disney’s “Frozen” was a massive hit as an animated feature in 2013, and now it’s set to take over Broadway as well.

The movie has been adapted into a new musical featuring almost a dozen new songs alongside favorites like “Let It Go” and “Do You Want to Build a Snowman?” The show stars Caissie Levy as Elsa, Patti Murin as Anna, Jelani Alladin as Kristoff, Greg Hildreth as Olaf, and John Riddle as Hans.

Below, preview the epic new stage version of “Frozen” on Broadway.

Disney’s “Frozen” on Broadway officially opens tonight at the St. James Theatre. Check back tomorrow for our review!