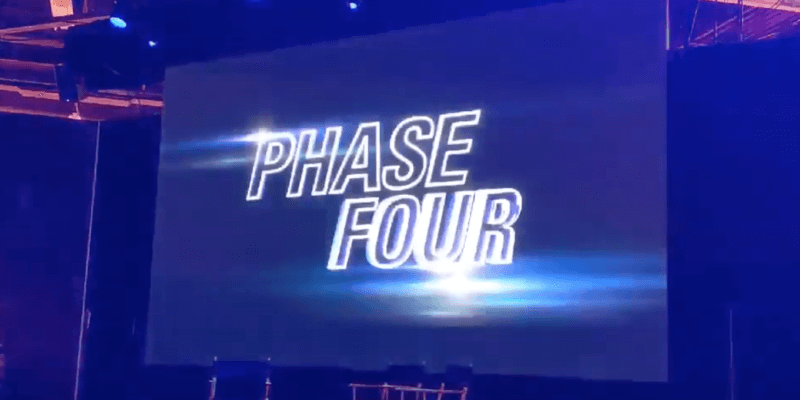 Marvel just recently announced its Phase 4 of the MCU at San Diego Comic-Con. However, besides the titles and dates of releases for each film, not much else has been revealed. Today, Marvel has released a trailer at D23 Expo 2019 featuring new details of Phase 4 film and TV titles, including interviews with several producers involved in the process.

The trailer does not include any new footage from these unreleased films and TV series. However, it does include insight on the Disney+ series “Hawkeye,” WHAT IF..?,” “Loki,” “The Falcon and Winter Soldier,” and “WandaVision,” and the Phase 4 films “Doctor Strange in the Multiverse of Madness,” “Shang-Chi and the Legend of The Ten Rings,” “Eternals,” and “Black Widow.”

Not featured in the trailer, but also a part of Marvel Studios’ Phase 4 includes “Thor: Love and Thunder” and the upcoming “Blade” reboot.

This trailer may not have included any new footage. Although, it is worth noting that scenes from “Black Widow” and “Star Wars: The Rise of Skywalker” were previewed during the expo’s Disney Legends Ceremony. This was only the first of several major presentations to happen at this weekend’s expo, which means there is a possibility more could come of these MCU films in the next few days.

What are your thoughts on this Marvel Cinematic Universe Phase 4 trailer? let us know in the comments below!

Comments Off on Marvel releases Phase 4 trailer at D23