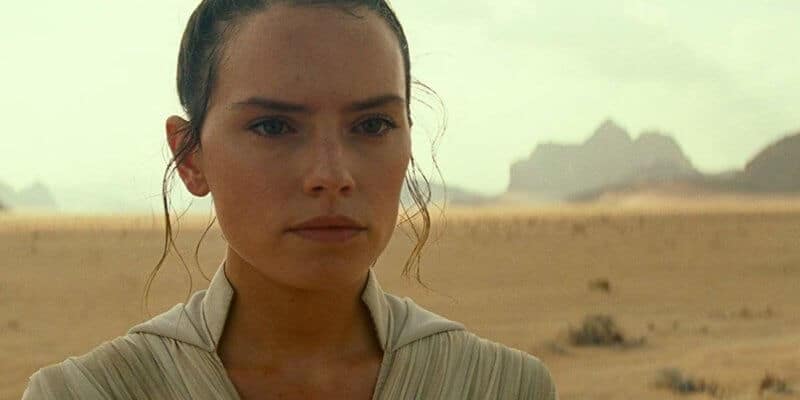 D23 kicked off today in Anaheim, and the first panel of the weekend was the Disney Legends Presentation. It honors people who are legends in the Walt Disney Company for various reasons. Right before the presentation went to the live stream, guests inside Hall23 got to enjoy an extra video clip. It was a montage of some upcoming films coming from the Walt Disney Company. One of these clips definitely stood out to me – “The Rise of Skywalker”.

The clip started out with a familiar scene of Kylo Ren taking down an enemy, presumed to possibly be a Knight of Ren. The next shot looks like some sort of rebel ship. It looks very similar to the ship seen in the opening shot of “A New Hope”. That is just speculation. However, the video that is going around the internet is not the best quality. The shot after that is a shot of Poe walking down a corridor looking awesome as usual! Then a brief shot of Rey from the first teaser. It then flashes to Fin who’s new costume looks amazing, and then a shot of Rey and Fin together were she tells Finn “It’s too dangerous. I have to go alone.”

And then the shot that brought the house down: Kylo Ren standing over a console and Vader’s helmet re-appears. But, it looks a lot smaller than the last time we saw it, at least in this footage. Almost like the helmet had been crammed in the box it is in. Next, there is the familiar shot of Rey looking over the water to the Death Star from the original trailer and a voice-over from someone I can’t make out, saying something I can’t make out. My guess is the voice is Poe saying, you’re not going alone. The final shot is Rey and Chewie piloting the Falcon while Finn and Poe are standing in the cockpit.

While this clip was very short and by very short I mean ten seconds long, it had a pretty big impact. I think that this clip is going to be part of what we see in a future trailer for The Rise of Skywalker. It certainly had me on the edge of my seat. Take a look at this new clip.

New #StarWars #TheRiseOfSkywalker footage revealed in a sizzle reel at #D23Expo! -B-

There is a panel coming tomorrow at 10 am PST that will be all about Disney’s live-action films. I hope we get more during that panel on Rise of Skywalker. Stay Tuned for more from Inside The Magic during all of D23 weekend!