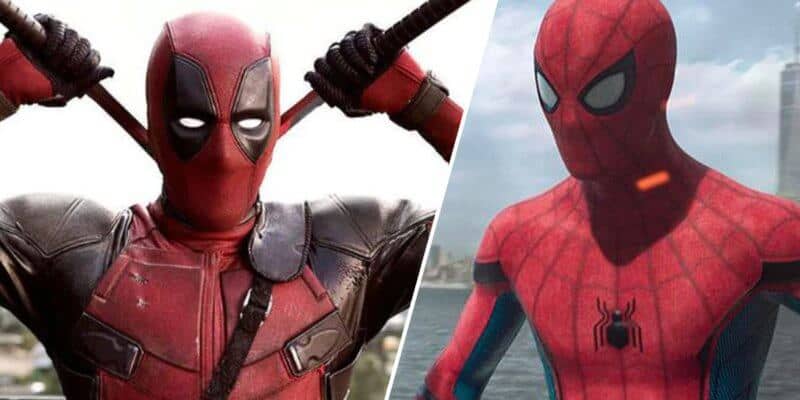 Everyone’s favorite neighborhood superhero may be getting a rambunctious visitor in one of his upcoming sequels as some are saying Deadpool could be making an appearance in “Spider-Man 3.”

“Spider-Man: Far From Home” is the next Marvel Cinematic Universe film to be hitting theaters following the cataclysmic conclusion of “Avengers: Endgame.” But what is to come of the film universe beyond this is still unknown and now that Fox is officially a part of Disney, many fans are wondering what it could mean for some of the Fox’s biggest Marvel characters, including Deadpool.

According to a source close to MCU Cosmic, who they say has been a, “most reliable source who has delivered 100%,” there is a possibility that Disney might want to introduce the fourth wall breaking character into one of Sony’s upcoming Spider-Man films.

This source says Marvel is “currently considering different options” to introduce Deadpool into the Marvel Cinematic Universe and right now they’re going back and forth between three different options.

These options include A new solo film, such as “Deadpool 3,” a Disney+ limited series, similar to those being given to a few other famous MCU characters, or Deadpool possibly guest-starring in “Spider-Man 3.”

In the past, when Bob Iger spoke about Disney+, the platform seemed to be more of a family-friendly environment. For that reason, the possibility of Deadpool receiving his own limited-run show on the streaming service seems unlikely. However, the idea of Deadpool popping up in “Spider-Man 3” could be a very viable option for the company, especially if they’re looking to bring him into the MCU.

At this point, this is only a rumor and should be taken with a grain of salt. Although, at the same time, this doesn’t seem like too crazy of an idea. The last time a character from outside of Disney’s owned Marvel characters that was introduced into the MCU was Spider-Man. Specifically, he was introduced in “Captain America: Civil War” (2016), prior to receiving his own stand-alone MCU film “Spider-Man: Homecoming,” which released a year later.

What are your thoughts of Deadpool possibly appearing in “Spider-Man 3”? Let us know in the comments below!