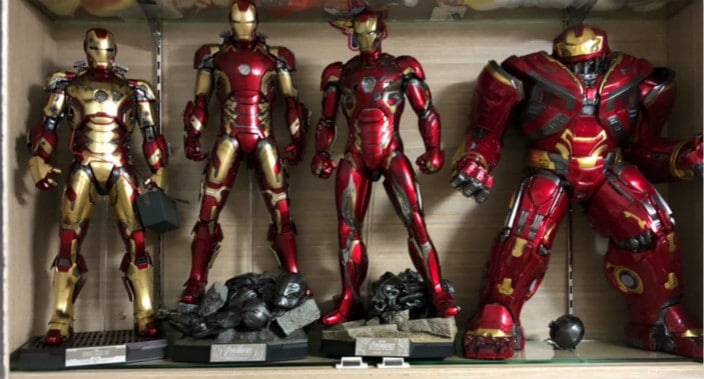 “Avengers: Endgame,” now one of the biggest movies of all time, is still sending shock waves all over the world as it settles into the Marvel Cinematic Universe and with all of the film’s excitement, some fans have found themselves purchasing some of the brand’s affiliated merchandise, such as T-shirts, hats, and etc. However, one woman found her husband’s recent purchase of Iron Man action figures to be “childish” and she decided to try to sell them online while he was away on a recent trip. Although, it seems her plan to dishonestly auction off her husband’s treasured action figures sparked an infinity war with a Facebook group.

According to a recent report by Bastille, a Hong Kong man in his forties had decided to purchase a few Iron Man action figures after catching a screening of “Avengers: Endgame.” However, it turns out that his wife did not like this hobby and when her husband was away for a trip, she tried to quickly sell the action figures without his knowledge.

The woman uploaded images of the action figures in a Facebook group that sold similar items and said that she was looking to sell the whole lot at only 1,000 HKD. Well, for five action figures, this was a really cheap price.

In the post, the woman wrote, “My husband became obsessed after watching ‘Avengers: Endgame’ and every day after work, he comes home with one or two boxes of these action figures. He’s already in his forties but still acting like a child. The house is already small enough, but he insists on bringing more of these figurines home. Please help me clear off these figurines, best if it can be sold within these few days as my husband is not home.”

According to Bastille, shortly after the post was shared, many users were shocked that the woman would do this behind her husband’s back. They also said that she was selling the figures at such a low rate, her husband would lose a lot of money over the deal.

As time passed, the post began to receive a lot of backlash from users who said the woman was being dishonest with her husband. Some users even commented that her husband should divorce her.

After the post’s comments continued to get a lot of negative reactions, the woman removed it. It is unclear whether the woman’s husband found out that she wanted to sell his action figures or if she was ever able to sell them.

What are your thoughts on this woman trying to dishonestly sell her husband’s action figures against his will? Let us know in the comments below!