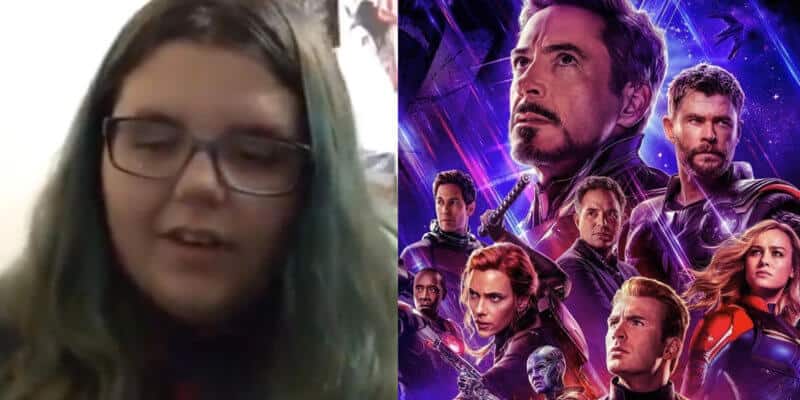 Just like most of the world, 15-year-old Emily Womack went to see “Avengers: Endgame” on its opening weekend with her parents. Although, before the film even began, Womack was asked to leave the theater by a manager after other moviegoers complained of the girl’s tics, which are a result of her Tourette Syndrome. In a recent video she posted on Facebook, the young woman explained that she had been trying to work out her tics before the film could begin. Although, due to others lack of understanding, Womack didn’t get a chance.

In the video, Womack explained that she has the ability to control her tics. However, it does take her some time and preparation before coming to that state of full self-control, “I have the ability to suppress my tics,” Womack said. “I scream and I move around a lot and I twitch my eyes and things like that, but I do have the ability to hold it back when necessary but it hurts, especially over long periods of time so if I don’t have to I try not to. A movie like the Avengers is usually like 2 hours, 3 hours long and in order to watch the movie I was releasing my tics before the movie started during the previews so that during the movie I wouldn’t be ticing because I like to enjoy the movie too. I don’t want to scream. I understand that it would be hard to watch a movie like that.”

To get to this point of self-control before “Avengers: Endgame,” Womack had been releasing her tics freely in the theater, prior to the start of the film. Although, it didn’t take long before management approached Womack, “The manager of the theater came and they tapped my mom on the shoulder and they were like ‘hey, come talk to me’. They had told my parents that people were complaining about me. The movie hadn’t started.”

Womack and her family gave in to the theater management and immediately left the theater. Although, one can imagine that the teenage girl was left a bit hurt that other people in the theater didn’t even bother to give her a chance before voicing their concerns to the management staff.

“I understand, I just, I understand that during a movie people don’t want to hear me tic like that, but I wish you would’ve given me a chance before coming and asking me to leave the theater,” Womack said. “I automatically get more embarrassed and I feel so judged whenever people are like ‘okay, we want you gone.’ It hurts, and so they want me gone, so okay, I don’t feel comfortable anymore being in a theater where everyone’s there like ‘why is she here, and my Tourettes automatically gets worse whenever it’s brought to my attention and whenever I’m in an uncomfortable situation…”

In the video, Womack explained that she, like everyone else in that theater, had been waiting for the film and would have appreciated a heads up from other moviegoers, instead of guests going right to management to complain. “I’d appreciate it if in the future somebody could talk to my parents or talk to me before going to a manager or if the manager could’ve waited until the movie had started. I wasn’t going to tic during the movie. I can suppress these things. I wasn’t even given the chance to watch the movie. I didn’t get one second in before they asked me to go, and I’ve been waiting for this movie.”

In the video, Tina Womack, Emily’s mom, discussed some of the hardships Emily faces with her Tourette Syndrome, which affects her everyday life. “Normal, everyday things like shopping, eating out become tasks with potential frustrations like staring, giggling, and whispers. The most hurtful thing, for Emily, is when adults call her names. Some have gone as far as to suggest that there was a crow or some other loud squawking bird loose in the store.”

What are your thoughts on Emily being asked to leave the theater before getting the opportunity to control her tics? Let us know in the comments below!