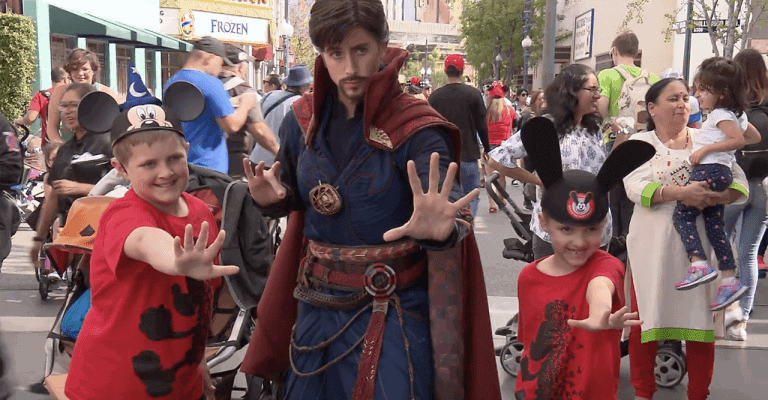 The Marvel presence at Disney California Adventure is steadily growing as we approach the opening of a fully superhero-dedicated area at the Park in just a couple of years. The latest addition to the Park’s character roster is a certain Master of the Mystic Arts. Doctor Strange has shown up over the past week in his first appearance at Disneyland Resort.

The as-yet-unnamed Marvel superhero-themed land is currently scheduled to open in 2020 at Disneyland Resort.