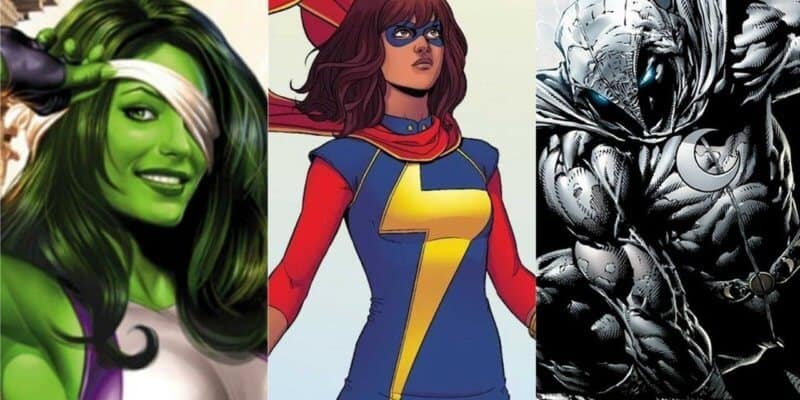 Do you remember the scene in Avengers: Endgame when all the female superheroes showed up and showed out? The theater roared with cheers! And it sounds like Marvel and Disney listened!

Kevin Feige, president of Marvel studios has confirmed that female heroines like She-Hulk, Ms. Marvel, and Moon Knight will appear in Marvel Cinematic Universe movies following their appearances on their Disney+ shows.

Feige explained: “Some characters we’ve announced like She-Hulk, Ms. Marvel, and Moon Knight you will meet for the first time on a Disney+ show and then they’ll go into the movies but the MCU will now go back and forth,”.

We already know that Marvel’s Loki series on Disney+ will tie into Doctor Strange in the Multiverse of Madness when it’s released. Therefore, it sounds like this is one of many exciting character storyline-webs they’re weaving that we cannot wait to be caught up in!

No official release dates or timetables for these storylines have been confirmed. But it looks like we’ll get to enjoy some crossovers happening throughout our screens, big and small, very soon.

Feige also added: “We are certainly doing cinematic art-level productions for Disney+… Falcon and The Winter Soldier is currently shooting and just yesterday, I got back from the set of WandaVision, which is shooting. All of those characters will undergo transformative, very-exciting changes in that show and go into our movies, so they’ll go back and forth.”

With just hours from the forthcoming Disney+ release, our alarms are set to begin the inescapable binge-marathon with all the incredible content Disney is getting ready to make available through the Disney+ platform! We have a complete list here with all the content that you’ll have at your fingertips so soon. There are so many great choices, from nostalgic favorites to new, exciting, and exclusive shows and movies! Where do we even start?

We cannot wait to see how Marvel adds even more girl power through these kick-butt characters in their upcoming MCU films! In the meantime, share with us in the comments what you’re planning on watching once Disney+ goes LIVE! What are you looking forward to most?