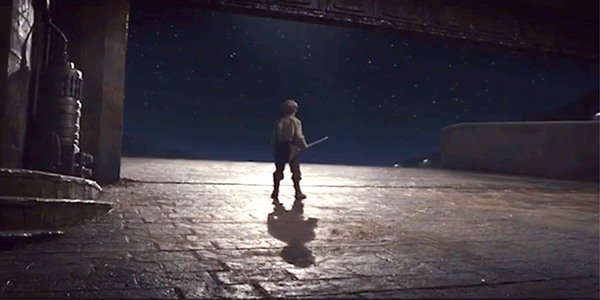 In 2017, The Walt Disney Company and Lucasfilm proudly announced that Rian Johnson — who directed Star Wars: Episode VIII – The Last Jedi (2017) — would be helming the next Star Wars trilogy.

Related: Is Gina Carano’s Cara Dune Getting Her Spinoff With ‘Rangers of the New Republic’

The Star Wars Fandom Wiki shares a brief timeline of events that have followed:

On January 16, 2018, Johnson teased more details about his trilogy, indicating that he hasn’t ruled out the possibility of including some familiar characters from the other films. On September 4, Johnson revealed that the trilogy’s first film will be released once he finishes filming of his thriller film Knives Out, starring Daniel Craig. On February 13, 2019, Rian Johnson confirmed that his trilogy was still slated to happen, dispelling rumors that his trilogy had been cancelled. According to Lucasfilm president Kathleen Kennedy, Johnson was collaborating with David Benioff and D.B. Weiss, who were working on their own series of Star Wars films. In May 2019, the four met to “lock down” their plans for their films. However, on October 28th, 2019, it was reported that Benioff and Weiss were no longer involved with the trilogy.

In June of this year, a rumored plot line for Johnson’s trilogy began circulating online. According to our previous coverage about those reports, the plot was set to “revolve around the Force-sensitive broom boy that was first revealed at the end of Star Wars: The Last Jedi.”

That was the last Star Wars fans heard of the trilogy — and that was merely an online rumor, not an official update from Lucasfilm executives or Johnson himself. Following this year’s Walt Disney Company Investors Day event on December 10, however, it seems that the Rian Johnson Star Wars trilogy has been scrapped. Here’s why.

The Mandalorian hadn’t premiered yet in 2017.

The incredible success of The Mandalorian has changed the trajectory of the Star Wars franchise since the day we first saw Din Djarin (Pedro Pascal) and Grogu (AKA “The Child” AKA “Baby Yoda”) on November 12, 2019. As Lucasfilm President Kathleen Kennedy noted about the popular Disney+ series during Lucasfilm’s Investors Day segment, “We ushered in an entirely new era of Star Wars and there’s more to come.”

Numerous upcoming Star Wars projects — including Mandalorian spinoffs Ahsoka and Rangers of the New Republic — are set to connect back to the events of The Mandalorian and that is set to have at least one more season and possibly has a fourth run already in the works.

The Rian Johnson trilogy, if the rumored storyline is to be believed, wouldn’t have connected to The Mandalorian whatsoever — and, as a result, wouldn’t necessarily fit into Star Wars‘ new era.

The Last Jedi faced a great deal of backlash.

The Last Jedi is arguably the most divisive of any of the nine films in the Skywalker Saga. First, the movie faced backlash from a plot perspective, which is briefly summarized as:

Among their [Star Wars fans’] complaints, these fans disliked Johnson’s rendering of Luke Skywalker (Mark Hamill) as embittered and cynical, while also taking issue with the writer-director’s revelation that lead character Rey (Daisy Ridley) was not connected to the Skywalker family in any way. While many appreciated Johnson’s willingness to take the saga in a different direction, a number of fans were unhappy with his choices and acted out as a result.

In addition, Kelly Marie Tran — who portrayed Resistance fighter Rose Tico — faced such strong negative reactions from fans that she ended up in therapy.

Johnson’s trilogy was completely left out of Investors Day.

Disney’s Investors Day event this year was massive. Lucasfilm alone announced a multitude of projects, including confirmation of its next two films — the Patty Jenkins-helmed Rogue Squadron (2023) and Taika Waititi’s as-yet-untitled feature-length project (2025).

This means the next unaccounted for Star Wars movie isn’t set for theatrical release until 2027 — a full decade after the original announcement of the Rian Johnson trilogy. The fact that it wasn’t even mentioned in passing at Investors Day when essentially everything else Lucasfilm is working on was discussed also doesn’t bode well for its future.

At this point, it seems reasonable to assume that the three-film project has been scrapped or, at the very least, is being reimagined to such a degree that it won’t even resemble its original form.

But silence does not necessarily equal cancellation, and this piece remains a speculative one until official word about the trilogy comes to light. Until then, we at Inside the Magic will continue to keep our ears to the ground ready to update our readers as the latest Star Wars information comes to light.

What do you think? Have Disney and Lucasfilm decided against the Rian Johnson Star Wars trilogy?