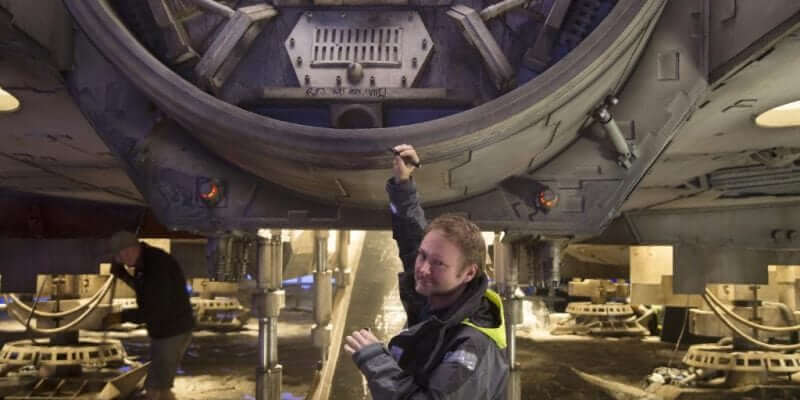 Back at Star Wars Celebration 2017 two weeks ago, the creative team on the “Star Wars: The Last Jedi” panel showed an image of director Rian Johnson signing the side of the Millennium Falcon on set. What we didn’t realize is that Johnson was actually altering an inscription that was already made by “Star Wars: The Force Awakens” director J.J. Abrams two years earlier.

Today the official Star Wars Twitter account released a high-resolution copy of the photo, and fans got a closer look at what Rian was actually writing. The former text read “J.J. was here! VII” (referring to “The Force Awakens” Star Wars Episode number) and Rian has crossed out the first “J” and added an “R” to the beginning, plus another Roman numeral “I” to the end. Take that, Abrams! Of course, this tongue-in-cheek rivalry between recent Star Wars movie directors is all in good fun, as J.J. Abrams is still serving as a producer on “The Last Jedi” and has thrown his full support behind Rian Johnson to take up the mantle for Episode VIII.

“Star Wars: The Last Jedi” will be released into theaters on Friday, December 15th.