Kelly Marie Tran went to therapy after "Star Wars: The Last Jedi" backlash - Inside the Magic 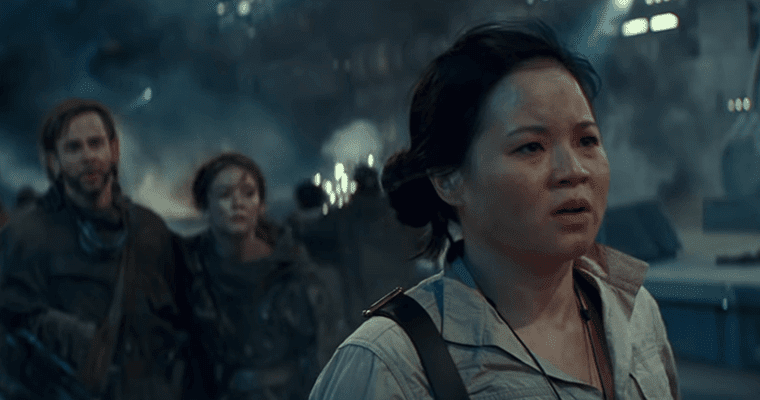 It’s been said that the Star Wars fandom can be loyal at best and toxic at worst. And the latest news that has come out regarding Star Wars fans involves Kelly Marie Tran, the actress who portrays Rose Tico in the latest trilogy in the Skywalker Saga. Tran says that after facing backlash from The Last Jedi, she ended up in therapy.

We can all agree that Rian Johnson’s The Last Jedi was pretty polarizing. Many liked it for what it was, but an overwhelming amount of viewers were not happy with the film at all. Tran herself was bullied by Star Wars fans, who weren’t happy that she was cast to play Rose, a character who happens to be an Asian woman in a leading role. She has shared publicly before about how the online harassment made her feel, even noting that she left social media because of it. And most recently, she has opened up to reveal that the backlash from Star Wars fans regarding The Last Jedi led her to see a therapist.

In a recent interview on Good Morning America where Tran discussed Star Wars: The Rise of Skywalker, she was asked to share her feelings on the harassment she received.

“I feel great now. I’ve been to therapy. I highly recommend,” Tran answered.

She shared that her decision to go to therapy was not only due to the backlash after The Last Jedi but also it was the result of the transition into the limelight that she had been faced with.

She continued, “I very much was someone working a day job, struggling to be an actor, and then suddenly was in Star Wars. I think that sort of transition takes a lot of emotional work, if that makes sense. But yeah I’m in a really good place now. I’m excited for this movie to come out. I’m excited to be working with J.J. Abrams…I’m doing great!”

Tran even spoke about the discussions she had with Naomi Ackie, who plays Jannah in the upcoming movie and is new to the Star Wars scene. Ackie has been quoted saying that Tran inspired her to “grow a thicker skin.”

“I think we met and immediately sort of hit it off and sort of talked about all of the struggles of being people who did not grow up in privileged backgrounds, very new to this industry, what that meant, what we would be dealing with,” shared Tran. “And I think the biggest thing that sort of came from that was making sure that you don’t become isolated or silent about the things that you’re dealing with. I think whenever there’s something that feels so heavy and scary you can sort of clam up and close up. And I think that’s the most dangerous thing. The best thing for me was looking outward and remembering that the world is bigger than myself and that experience.”

Are you excited to see Tran return as Rose Tico in Star Wars: The Rise of Skywalker when the film hits theaters on December 20? Let us know in the comments!