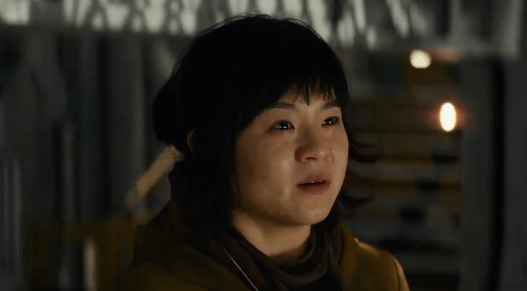 “Star Wars: The Last Jedi” is full of some of our favorite returning characters, as well as some exciting new ones. Among those new characters is Rose Tico, the hero of the resistance.

A video was released today showcasing the journey of actor Kelly Marie Tran as she became Rose. It gives us a peek at a chemistry read between Tran and John Boyega, who plays Finn, as well as director Rian Johnson’s initial opinion of Tran.

You can see Rose in action in “Star Wars: The Last Jedi” in theaters now.