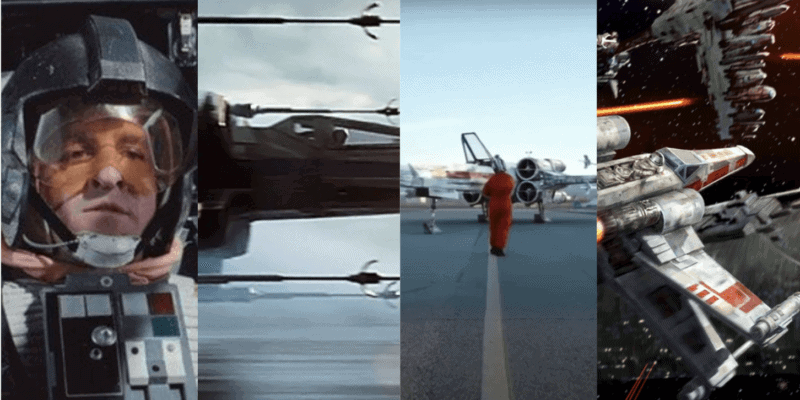 At The Walt Disney Company’s December 10, 2020 Investors Day event — which took place entirely online this year amid the coronavirus pandemic — Star Wars fans were treated to an absolutely incredible slate of upcoming content.

Although Jenkins shared a short Rogue Squadron teaser video [below] to her Twitter account immediately following Kennedy’s announcement, few other details about the upcoming movie were shared. Casting information, for example, has not yet been made public.

Here, we take a look at where in the Star Wars timeline the Rogue Squadron movie is most likely to fall.

CinemaBlend shared these thoughts about when the next Star Wars film might be set:

While we don’t know exactly when Star Wars: Rogue Squadron will be taking place in the Star Wars timeline, there’s some good indications as to where this film could fit into the timeline. As fans will recall, Star Wars: Rogue One helped establish the Rogue call sign, with the Rebellion fighters that helped steal the plans for the first Death Star assuring it would go down in history. So either we’re about to see the early days of those iconic Rebellion pilots, or even better, a potential adventure that takes place between the fall of the Empire in Return of the Jedi and the rise of the First Order.

It serves to reason that Rogue Squadron will have to be set after the foundation for the Rogue call sign is laid — Rogue One: A Star Wars Story (2016) is set approximately 20 years after the Star Wars: Episode III – Revenge of the Sith and almost immediately prior to Star Wars: Episode IV – A New Hope (1977), in which fans first met Star Wars icons Luke Skywalker (Mark Hamill), Leia Organa (Carrie Fisher), and Han Solo (Harrison Ford).

Related: ‘Star Wars’ Might Be Trying to Make Mandalorians the New Jedi

Given that Din Djarin (Pedro Pascal) and Grogu’s (AKA “The Child” AKA “Baby Yoda”) Outer Rim adventures are currently playing a massive role in the Star Wars universe, it wouldn’t be surprising if Rogue Squadron is set in the period following Return of the Jedi to connect it to The Mandalorian’s — and its various spinoffs’ — story arcs.

It is also important to note that Rogue Squadron could take some inspiration from the Nintendo video game series of the same name:

The franchise consists of Star Wars: Rogue Squadron (1998), Rogue Squadron II: Rogue Leader (2001), and Rogue Squadron III: Rebel Strike (2003). The first game in the series was released for Nintendo 64 and PC; the two latter games are exclusive to the NintendoGameCube.

When do you think Patty Jenkins’s Star Wars: Rogue Squadron will fall in the Star Wars canon timeline?