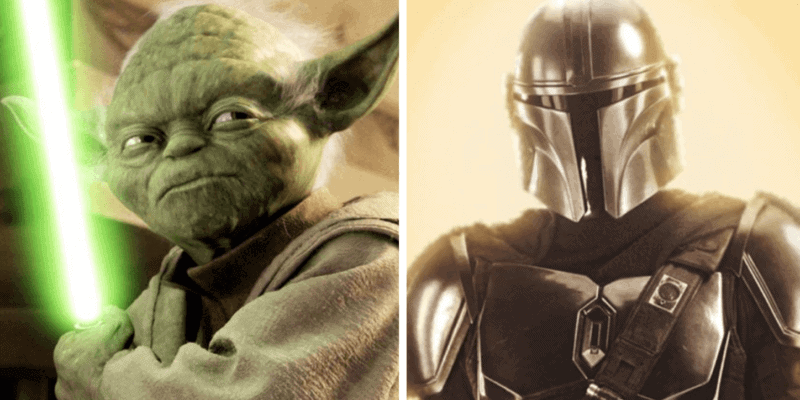 For over 40 years, the focus of the Star Wars story — especially the Skywalker Saga — has been the Jedi Order. From the moment Luke Skywalker (Mark Hamill) stepped onto the screen in Star Wars: Episode IV – A New Hope (1977), fans have been immersed in the Force.

Now, however, it seems that the team at Lucasfilm — and Walt Disney Studios — could be moving away from the Jedi and turning Mandalorian culture into, if you will, the “new” Jedi Order.

This is, of course, due in part to the massive success of Jon Favreau and Dave Filoni’s hit Disney+ streaming series, The Mandalorian. The show has incredibly wide appeal — Grogu (AKA “The Child” AKA “Baby Yoda”) has drawn in fans who may have never even seen a Star Wars movie or animated series otherwise — and is giving rise to an entirely new demographic of viewers who are being introduced to a galaxy far, far away via “the Way” instead of the Force.

As ComicBook points out, though, this turn toward Mandalorians has been building for quite some time:

…their [Mandalorian warriors’] famous armor and helmets [beskar armor] are quickly becoming as iconic in the Star Wars franchise as any Jedi or lightsaber. However, while The Mandalorian has exponentially increased the effect, the building up of the Mandalorian side of the franchise has been a gradual process, one that started years ago…

…Clone Wars used arcs set on Mandalore to introduce the history of Mandalorian culture and politics, including the civil wars that created rival Pacifist regimes and extremist groups like Death Watch.

In this season of The Mandalorian, Favreau, and Filoni have introduced some Star Wars: Clone Wars and Star Wars Rebels characters in live-action for the first time, with incredible results. Star Wars fans almost universally loved the portrayals of Ahsoka Tano (Rosario Dawson) and Bo-Katan Kryze (Katee Sackhoff) — getting the fandom to universally agree on just about anything is a major feat, so this is impressive no matter how you slice it.

It also proves that the fan community wants more of what was offered in Clone Wars and Rebels. As ComicBook’s article points out:

The final season of Clone Wars sweetened the pot with a story of Ahsoka Tano and Bo-Katan Kryze leading the campaign to overthrow Maul and free Mandalore. Star Wars Rebels took that baton and ran with it, introducing Sabine Wren (another prominent Mandalorian and Rebel operative). Sabine’s story brought more Mandalorian history with it and took the legendary Darksaber from a novel lightsaber gimmick to a major MacGuffin as the symbol of leadership in Mandalorian culture…

The Darksaber has played a role in both seasons of The Mandalorian — we first saw it in the possession of Moff Gideon (Giancarlo Esposito) in the Taika Waititi-directed Season 1 finale, Chapter 8: Redemption — and again this year.

Bo-Katan Kryze mentions the weapon in her episode — Chapter 11: The Heiress — and it once again showed-up last week in Chapter 14: The Tragedy, once again in the hands of Gideon, after he stole Grogu from Tython.

Finally, it appears that the push to promote Mandalore and its culture will continue with Lucasfilm’s next major initiative, The High Republic, which is set to take place at the apex of the illustrious Jedi Order:

…[High Republic] is not-so-coincidentally set during an era that leaves room for major looks into Mandalorian culture. During The High Republic, The Jedi and Mandalorians came into several major “skirmishes,” in the Outer Rim. It seems they could also be clashing for franchise supremacy.

While the Jedi certainly aren’t going anywhere — Grogu has the potential to become an incredibly strong Jedi Master, for example — the Mandalorians could give Jedi Knights a run for their money in the future.

Do you think Mandalorians will ever become more popular than the Jedi as Star Wars moves forward?